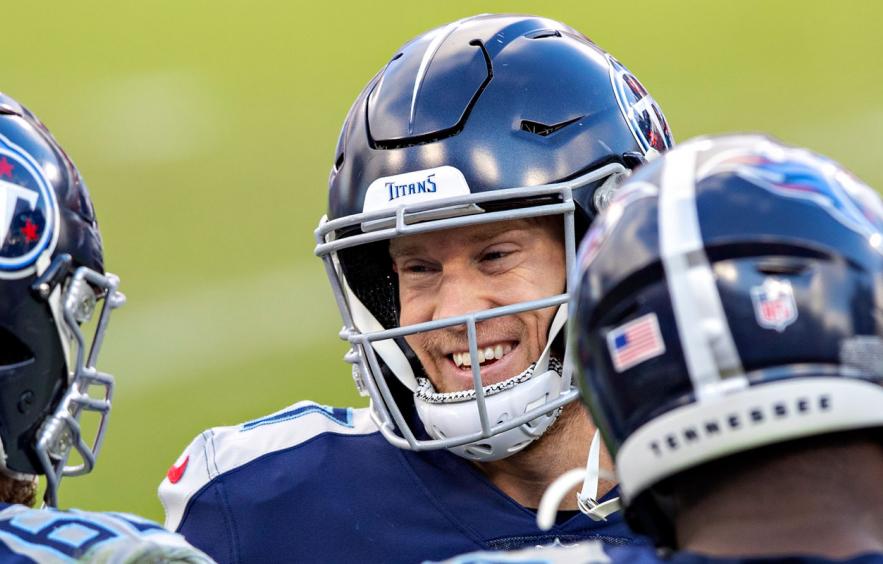 Have you ever wondered how Patrick Mahomes and Aaron Rodgers won the MVP award? Sadly, it's because they both have big-money corporations behind them, and they got exposure from being in national TV commercials.

And have you ever watched any of their commercials and thought to yourself that they both look like hell? I hate to say it but, they look like they've been binge drinking every day for three weeks straight.

Maybe the big-money corporations should take those guys off those commercials and get behind a fresh new face. Perhaps they need to put some respek on Titans QB Ryan Tannehill's name and put him in a commercial.

No, I'm not talking about giving Tanney one of those 10-second spots where he is at a local used car lot, peddling a 2015 GMC Sierra Denali. Instead, the big-money corporations need to put Tanney in one of those national television commercials like Mahomes and Rodgers.

Just imagine Tanney smiling and looking directly at the camera and telling a national television audience that they could save up to 20% on their auto insurance. Then Tanney could say his patented "It's Huge" catchphrase, then do his famous finger roll. Tanney would be perfect in one of those coveted commercials because he's got the smarts, and he has the looks.

And speaking of looks: have you seen Tanney up close lately? He is drop-dead gorgeous. Don't get me wrong; I love my wife and women in general. And I would be happy to put my masculinity bona fides up against anyone. But I have to be honest and admit that Tanney is stunningly ravishing.

Tanney's got that smooth skin, and he has a high forehead and cheekbones, with that narrow jaw; he's got everything you'd want in a man. Oops, I meant to say everything you'd like to see in a national spokesperson.

And have you noticed Tanney's excellent teeth? Is it just me, or do his teeth make it look like Tanney is always grinning? Tanney smiles when in the huddle, at the line of scrimmage, or after every touchdown; he probably smiles when he's at home, sitting on the toilet every morning too.

And don't forget about Tanney's wife, Lauren. She is gorgeous, too; she looks like she could easily be a beauty queen or a Miss America or an international supermodel. But, if I had to choose which Tannehill was the most attractive between the two of them, I ain't going to lie; I would still pick Tanney. He looks that good.

Now I'll be the first to say that Mahomes and Rodgers might be loved and adored in their respective cities. But everybody else in the country hates them because they are both d-bags.

I wouldn't be surprised if the big-money corporations continue to spend millions of dollars, and I'm sure their commercials will make them a lot of money. But Mahomes and Rodgers will still look like they've been binge drinking. Those two guys really look like hell.