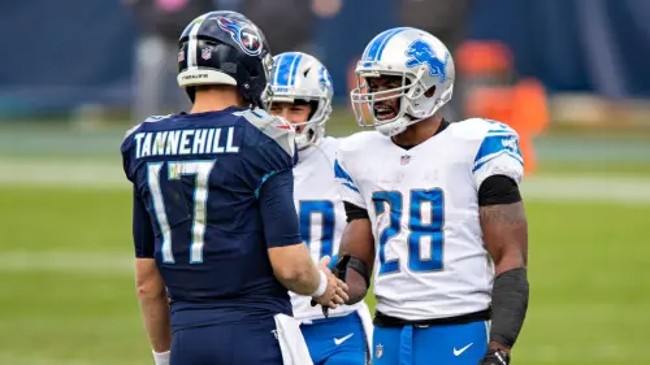 When I was a kid growing up, there were three things my dad (RIP) told me not to do:

The first two things seem apparent and make a lot of sense because who among us would want to be on the receiving end of a merciless beatdown? But it's the third thing that doesn't make much sense to me. I could never understand why shaking Adrian Peterson's hand was such a bad idea.

The talking heads in the national media just love to tell us how wonderful Adrian Peterson is. They tell us AP rushed for over 2,000 yards, and he is a future Hall of Famer. But, then, they have that smarmy look on their faces and fake chuckle with a raised eyebrow when they end their commentary saying, "but you should never shake Adrian Peterson's hand." But why, tho? The media never gives their audience a reason why.

So I'm here today to ask the question, why should you not shake Adrian Peterson's hand?

Could it have something to do with concerns about Adrian spreading some Covid type of disease through handshakes? Or, maybe Adrian has one of those hands with an extra tiny digit next to his pinky finger? I'm not trying to be a jerk; I've got some serious questions that need serious answers.

I remember people telling me not to shake the hand of a pervy next-door neighbor once because he had a sizeable collection of girly magazines, and he never left his house. Could Adrian's handshake be something like that? Probably not. I don't think anything like that would apply to Adrian Peterson.

Maybe it's one of those soul brother things where Adrian has this super elaborate time-consuming handshake, where it takes you ten to fifteen-minute to shake his hand. I would certainly understand why no one would want to shake his hand if that is the case. However, I know a lot of women who wouldn't mind wasting extra time with Adrian Peterson.

And can somebody please explain how a young Adrian Peterson, wearing a cap and gown, stood on his high school and college graduation stage and did not shake the presenter's hand when he received his diploma? Or did Adrian get one of those night school or GED certificates in the mail? These are questions that I need answers to.

And what happened right after Adrian signed his contract with the Titans? Did he put his ink pen down, stand to his feet and give coach Vrabel, GM Jon Robinson, and the controlling owner, Amy Adams Strunk, a group chest bump? I've got to know.

If anybody knows the answer to why we shouldn't shake Adrian Peterson's hand, would you please let me in on the mystery? I know somebody out there has to know something.

Go ahead and holla back at me. I'll wait. I promise I won't shake Adrian Peterson's hand till I hear back from someone.