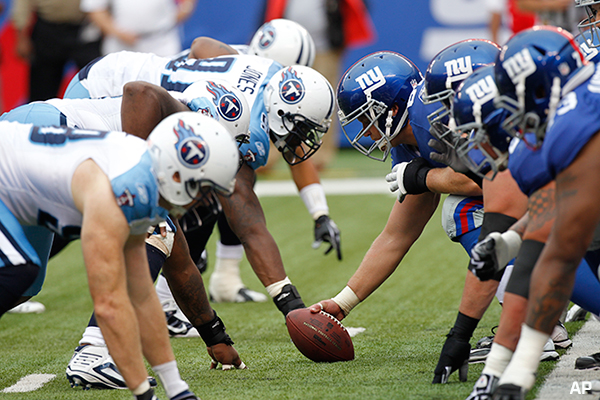 In 2015, the New York Giants finished the season 6-10 with the 30th ranked defense in the NFL according to DVOA. One year later they are in the playoffs at 11-5 and boast the 2nd ranked defense in DVOA behind the Broncos. How did they improve so much so fast? Can the Titans pull off a similar overhaul this offseason that will take some pressure off the offense and give us a chance at making a deep playoff run? Those are a couple things I want to take a deeper look at with this post.

Coming in to the 2016 offseason the Giants had $56.6M worth of free cap space to spend on upgrading their roster. They had to re-sign Jason Pierre-Paul, but they got that deal done for a 1 year "prove it" type contract for $10M after he had missed most of the 2015 season due to the now infamous fireworks accident. In addition to JPP, they also had a few other good pieces returning from the 2015 unit. The best of that group were DT Jonathan Hankins and CB Dominique Rodgers-Cromartie. The rest of the returning defense, including 2015 2nd round pick, Landon Collins, had struggled tremendously the year before.

The Giants spent big on defense in free agency landing the following players:

Those four combined to eat up $32.2M of that $56.6M worth of free cap space. The Giants decided against using the rest of that space.

They followed up that free agency class by drafting CB Eli Apple from Ohio State with the #10 overall pick, but Apple really wasn't a major cog this year. However, the infusion of Jenkins, Harrison, a healthy JPP, and Vernon in to the defense completely changed this unit. Landon Collins also took a leap to an elite NFL safety while Rodgers-Cromartie had another excellent season at age 30. This was a grand slam free agency class. What's interesting is that the Giants invested all of their resources in defensive linemen and defensive backs and basically punted on linebackers. Obviously the Giants run a 4-3 which makes them schematically different from what the Titans want to do defensively, but it is something that caught my attention when comparing these two.

OK, so let's take a look at where the 2016 Titans defense ranks going in to this offseason compared to where the Giants defense was in 2015 and where they went in 2016:

Looking at these numbers you can clearly see a couple things. First is how incredible the leap the Giants defense made from 2015 to 2016 really was. Its hard to believe that kind of difference is possible, but the numbers bear it out and the eye test confirms when you watch them play. The second thing that jumps out is that the 2016 Titans defense was not nearly as bad as the 2015 Giants D which ranked in the bottom 3 of the NFL in 5 of the 7 stats listed above, but could still use some pretty drastic improvement to get us to where we want to go in 2017.

Similar to the 2015 Giants, the 2016 Titans defense was not without good players. Jurell Casey continues to be a stud at DE, Brian Orakpo and Derrick Morgan are really good pass rushers who both notched double digit sacks last year, and Kevin Byard showed flashes of the potential to turn in to a star safety much like Landon Collins did for the Giants. We also have a couple solid, but not spectacular players in DaQuan Jones and Avery Williamson.

There is some hope for improvement from within as young guys like Austin Johnson, Kevin Dodd, and Leshaun Sims continue to develop heading in to 2017. You would hope that Johnson will be come that disruptive NT that we have been searching for since switching to the 3-4 a few years ago. Dodd was injured coming in to training camp and never seemed to fully recover. A healthy offseason may allow him to contribute as a rotational edge rusher in 2017. Sims appeared to be the Titans best cornerback over the final 5 weeks of the season, but that's a really REALLY low bar. That being said he did show enough promise to expect him to be back on the roster next year at corner even if he isn't necessarily tabbed as a starter.

In my Free Agency Deep Dive I posted a few weeks ago, I ran through the Titans salary cap numbers for the upcoming offseason and based on those calculations I am expecting us to end up with roughly $31.5M of cap space after re-signing some of our free agents, extending Taylor Lewan and Avery Williamson to long term deals, and cutting Harry Douglas and Jason McCourty. There is some gray area there where things could wiggle one way or another, but I do think $31.5M is probably pretty close to where we really end up when free agency opens on March 9th (just 57 days away!).

The Giants spent $29.6M on the trio of Vernon, Harrison, and Jenkins last offseason. If the Titans can get similar production out of their $31.5M budget, their defense could be every bit as good as the 2016 Giants D. When you throw in the fact that we will also use at least one of our 1st round draft picks on a defender as well, I think its quite possible our defense looks nothing like the one we saw in 2016. So who are the Titans versions of Jenkins, Harrison, and Vernon? Might I suggest Trumaine Johnson, Logan Ryan, and Dontari Poe? What do you guys think?