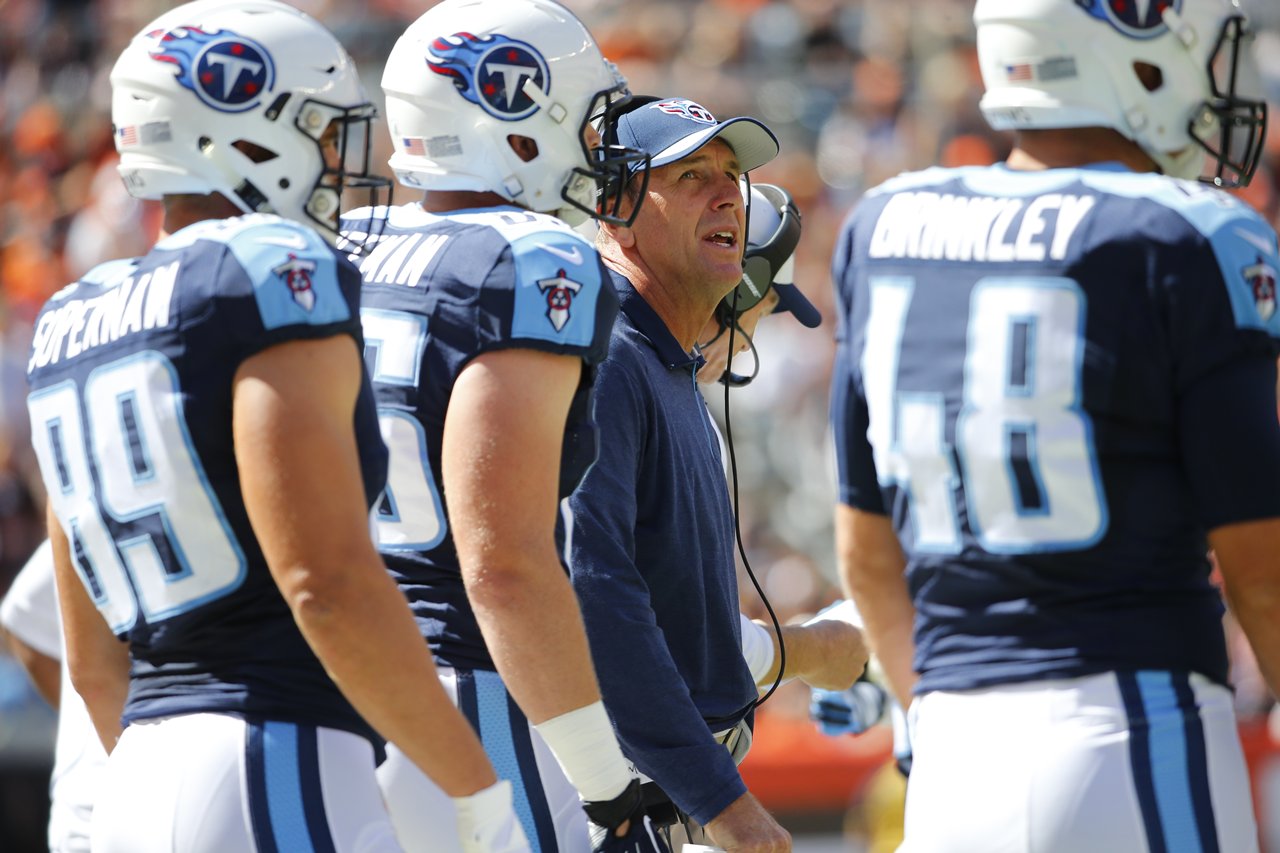 The Tennessee Titans welcome the Green Bay Packers to Nissan Stadium this weekend looking to get back to "even" in the win-loss category.

The Packers allowed a combined 281 yards to the Cowboys and Falcons. Against the 6 other teams they faced, they allowed a total of just 325 yards. Those 6 team's don't run the ball very often, and when they do, they don't run very well. In fact, Chicago, New York, and Jacksonville rank 30th, 31st, and 32nd in rush attempts, respectively.

Even so, credit should be given to the Packers for completely shutting down the rushing attacks of these offenses. Indianapolis was the most successful of the bunch with 80 yards rushing, and Indianapolis beat Green Bay last week.

The Dallas Cowboys run a very similar offense to the Tennessee Titans, and the Cowboys beat the Packers 30-16 despite two Dak Prescott turnovers, one of which occurred inside his own 20-yard line.

One of the ways the Packers have been so successful at stopping the run is they like dropping 8 or 9 guys into the box, as they did here to stop Ezekiel Elliot for a one-yard gain:

If you pause it right before the snap, you'll notice the Packers have disguised their coverage and are running a man-to-man with a single-high free safety.

Part of the reason he can beat the free safety is his ability to run the football, which causes a numbers problem for the defense in terms of matching up man-to-man. I could write an entire article about Mariota's ability to beat free safety coverage, but luckily, Justis Mosqueda of Bleacher Report already did just that.

In the following play, the Cowboys are trying to run Ezekiel Elliot through the C gap outside right tackle Doug Free. Packers safety Morgan Burnett (#42) fills the gap, but Zeke sees him all the way and bounces the run outside:

This play reminded me of one we saw just recently from Derrick Henry against the Jaguars and Jalen Ramsey:

The Packers have a solid defensive line, but they can be beaten by physical, power football. This was on full display against the Cowboys, who totaled 190 rushing yards in their win.

Take a look here as the Cowboys run a toss sweep to the left and get all their big linemen on the move:

And watch here as the Titans run a very similar play:

The Cowboys laid the blueprint for how to run against the NFL's number one run defense. Luckily, the Titans offense already employs many of the same run concepts as the Cowboys.

Playing a single-high free safety man-to-man coverage is designed to stop the run but take away the chance for a home run play. However, when the run game is working early against this kind of defense, it opens up the passing game, and makes the defense especially vulnerable to play-action fakes.

The Cowboys were able to establish the run early. This allowed them to get the play-action working:

The Titans have a very similar play in their arsenal, where the play action buys the QB time for the outside receiver to work upfield and pull the safety away from the crossing route underneath. Watch as Mariota hits Delanie Walker:

Man-to-man coverage can also leave the defense susceptible to quick passes, like this one:

Last week, Tajae Sharpe made this defender look straight up silly against the Chargers single-high coverage:

Once you've beaten the man-to-man with the quick hitters like outs, hitches, and slants, you can take advantage and easily beat them deep:

Just as the Titans showed they could do in last week's loss:

The key to beating the Packers defense is to recognize the single-high free safety, identify the matchups, and find the numbers advantage.

Green Bay only has 4 wins this season, as many as the Titans. They've beaten Jacksonville and Detroit and lost to Minnesota and Indianapolis, just like the Titans. There's a reason the Titans are only a 2.5-point underdog in this game.

In their wins, the Packers have been successful at shutting down the opposing rushing attack and forcing their opponents to become one dimensional. In their losses to the Cowboys, Falcons, and Colts, they were much less successful stopping the run.

They also had problems with turnovers. The following holds true for literally every single game of football so it's hardly worth mentioning, but the Titans have to win the turnover battle on Sunday.

If the Titans offensive line can push around the Packers, if they can get out and run them over in space, it will open things up for the play-action.

The Titans have all of the personnel and schemes in place to follow the Cowboys' path to success against the Packers. Protecting the football is always a priority, and if Marcus Mariota can avoid crucial mistakes, I have no doubt in his ability to systematically pick apart the Packers man-to-man defense.

Now, can the Titans defense keep Aaron Rodgers in check? That remains to be seen...