The MCM Community mock draft rolls on with the San Francisco 49ers pick.

With the 30th pick in the 2014 MCM Mock Draft, the San Francisco 49ers, represented by muddykluc, select.... 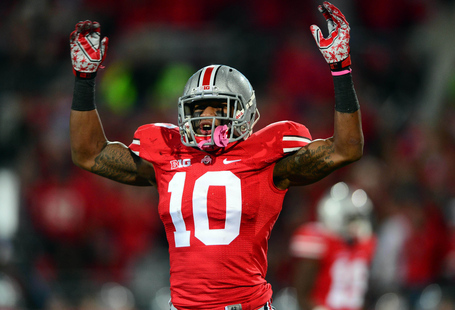 The 49era will take BPA. Shazier definitely fits this title. Last year he put up 143 tackles, 22.5 of those went for a loss. His 42 inch vertical lead all, put up the 4th best broad jump. Oh yeah, he had a Blazing 4.36 sec 40 time at his pro day. (unofficial) Most would have thought that they would have picked up WR or CB, well, the talent wasn't there. So why Shazier? well Aldon Smith has his option due in a couple of weeks, and they could very well could look the other way and move on. Also, Navarro Bowman had a pretty bad injury and Dosnt look like he will start the season. Other considerations; Dee Ford, Kyle Van Noy.

The Denver Broncos, represented by C-Pain, are now on the clock.