A quick look at one of the plays found in Whisenhunt's playbook.

Share All sharing options for: Film Review: The Option Route

I was studying some of the Charger's games from last year, and this play jumped out at me.  Instead of burying this analysis in the comments like usual, I thought I'd put it in a complete post for a change (that said...be sure to check the MCM comments regularly.  These types of schematic discussions are common.)

A quick lesson in the most fundamental pre-snap and post-snap read for the quarterback position.  The safety.

In modern football, coverages and schemes have become increasingly complex.  Despite this complexity, there's no escaping one basic principal:  The deep middle of the field is either Open or Closed.  In terms of basic coverage shells, you've got Cover 1/3, which puts a safety in the middle of the field (closed), and Cover 2/4 that puts two safeties on each hash (open).  An entire book could be written on this subject, but at it's core the offensive strategy is simple - throw it where the defenders aren't. 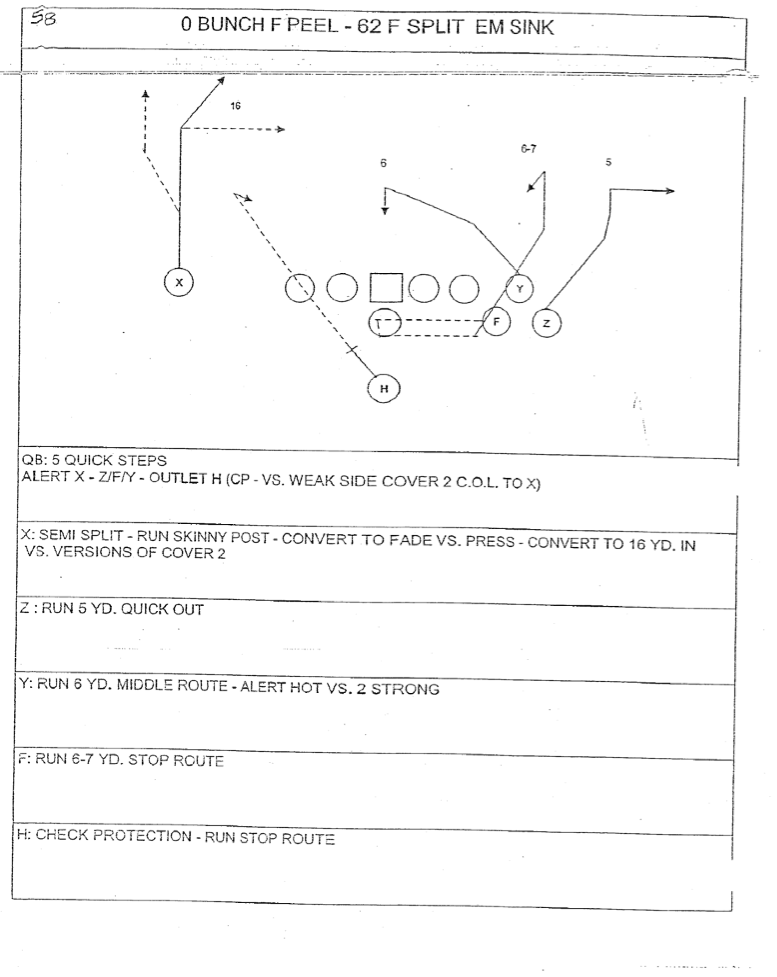 Here's a page from the 2004 Steelers playbook.  It's not an apples to apples comparison of what's being run below, but the concept is the same.

The play below may be different in that the receiver begins the route with an inside stem.  At the top of the route, it may be the case that the conversion is either to a flag, seam or post.  In all cases, however, running a traditional post against a single high safety is the incorrect conversion. 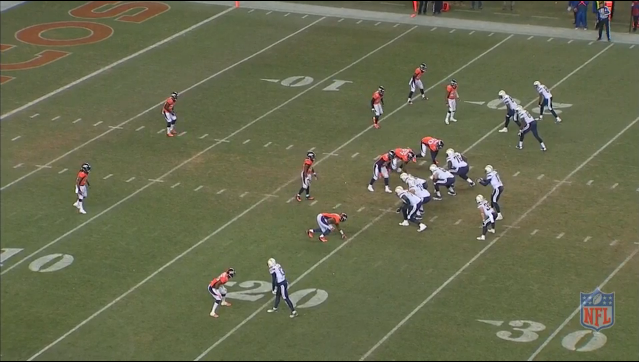 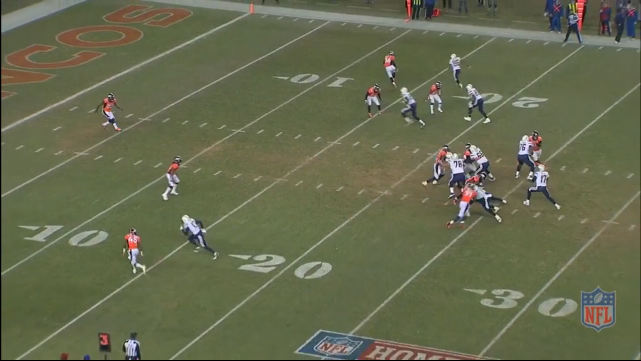 The result is an incompletion, and probably some whining out of Philip Rivers.  It also generally leads to the typical reaction among fans in bars across America - "Who is he throwing it to?!?"  Don't be that guy.

So, how does all this apply to the Titans?  Well, pretty much all offenses are going to have option routes.  Even Loggains said as much after the demonization of the concept with Palmer's departure.  The extent to which Whisenhunt will use option routes remains to be seen.  My hope is that he's mindful that Jake is now in his 3rd playbook in as many years.  Eliminating clutter will be key for his success.

The term "playing fast" is overused, but it's important.  Loggains, for all his faults, did an excellent job of defining reads for Locker, and that really allowed for success early on.  The good news is that Whisenhunt does a great job of creating advantageous situations for his receivers through schematic placement and pre-snap motion.  At least in the early stages, simpler will prove to be better.