The MCM Community mock draft rolls on with the Carolina Panthers pick.

With the 27th pick in the 2014 MCM Mock Draft, the Carolina Panthers, represented by nashvilleman, select.... 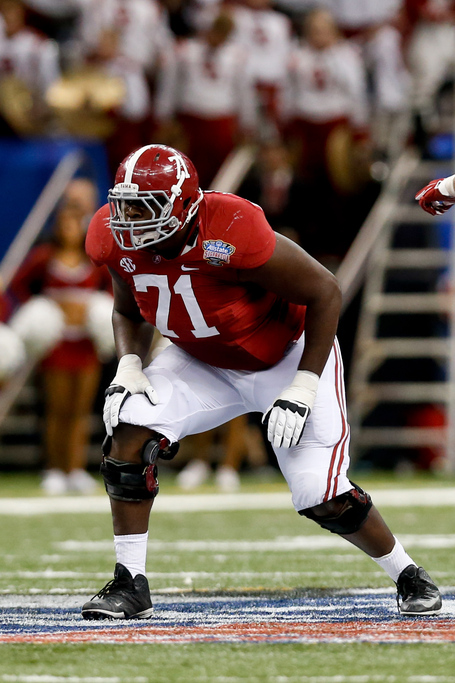 This pick was tough because the Panthers need help at receiver and corner as well but with the retirement of Jordan Gross, one of the best left tackles in the game, they decide to go with a tackle to protect their franchise quarterback Cam Newton especially after the emergence he had. Even though Alabama had some struggles on the offensive line this year, Cyrus was the strong point and the most consistent player on the line. He’s incredibly quick off the line and has tremendous athleticism and speed for a guy his size. He’s a strong run blocker as well which is a great asset in Carolina’s run based offense though he could use work in pass protection but nothing that can’t be fixed.

The New England Patriots, represented by SouthTexasTitan, are now on the board.