The MCM Community mock draft rolls on with the San Diego Chargers pick.

With the 25th pick in the 2014 MCM Mock Draft, the San Diego Chargers, represented by SoCalTitan, select.... 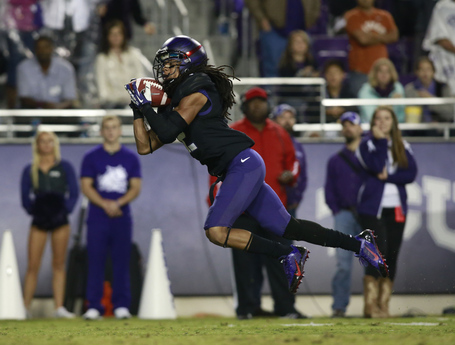 he Chargers have many holes to fill which is surprising for a team draft this late in the draft. They were definitely not a team many thought would make the playoffs with a first year head coach but they did with some quality drafting last year. They will look to build on that by starting with CB Jason Verrett out of VCU. Verrett has tremendous CB skills which make him an ideal pick for the Bolts whose both starting CB's are on their final contract year. A lot of analyst have compared Verrett to former Titan Cornerback Cortland Finnegan due to there smaller body frames but physical play but I don't believe he will come close to the trash talking skills of Finnegan's. Due to his smaller height at 5' 9", Verrett may be physically outmatched by the taller NFL receivers. I personally think this would be a great draft pick for the Chargers as everything on his films screams star talent.

The Browns, represented by Danomite, are now on the clock.