The MCM Community mock draft rolls on with the Green Bay Packers pick. 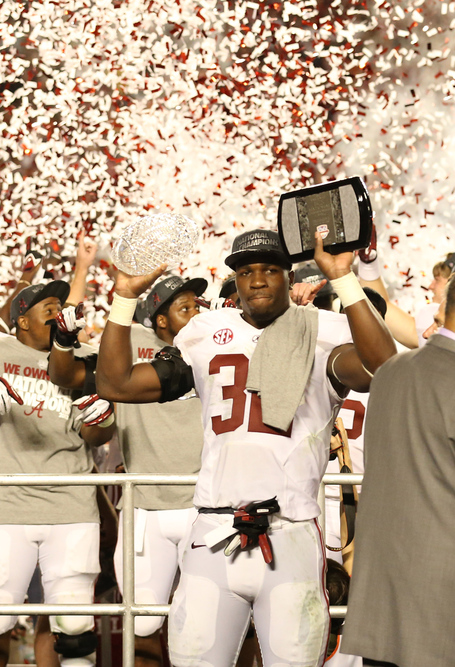 Going in, The Packers had their eyes on one of the the top two safeties in Ha Ha or Pryor or a new toy at the TE position in Ebron, only to see all of them get snapped up well before the 21st pick. Rather than reach for a lesser player at one of those spots, they turn their attention to Inside LB.

Alabama’s CJ Mosley is the best available at his position and his name can be almost always found as being listed as one of the top 10-15 prospects in this years draft. He is a guy they can plug in to their defense immediately to play alongside and compliment AJ Hawk and if he can put any durability issues aside can be considered a staple in Green Bay’s defense for years to come.

The Philadelphia Eagles, represented by trevor, are now on the clock.