The MCM Community mock draft rolls on with the St. Louis Rams pick.

With the 13th pick in the 2014 MCM Mock Draft, the St. Louis Rams, represented by WelshTitan, select... 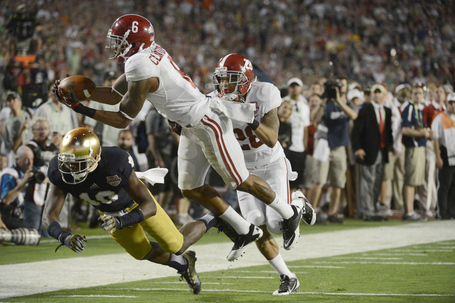 Here is Welsh's analysis of the pick:

Could have gone with Taylor Lewan here to pave the way for Zac Stacy and keep Bradford clean but the Rams have a gaping wound at safety and adding Clinton-Dix will give them the athletic center-fielder to pair with TJ McDonald. Had Greg Robinson still been on the board I probably would have taken him but thanks Obama! If the draft were to play out this way (it won’t, it never does) the Rams would probably look for a tackle in the next round or two.

The Chicago Bears, represented by jerlindsey, are now on the clock.