The MCM Community mock draft rolls on with the New York Giants pick.

With the 12th pick in the 2014 MCM Mock Draft, the New York Giants, represented by theoriginal, select... 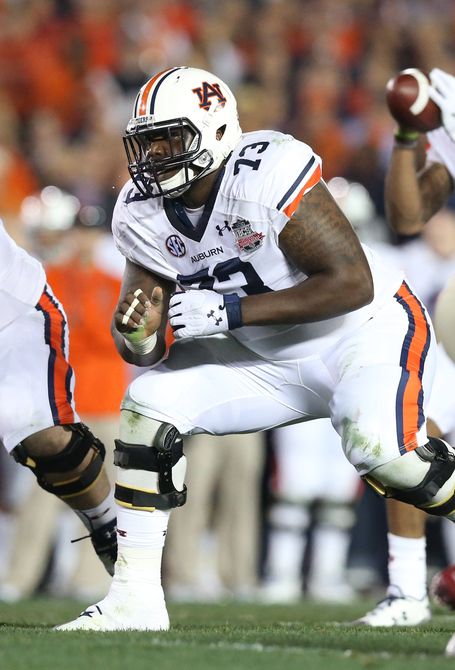 Here is theoriginal's analysis of the pick:

The Giants were having some serious issues on the O-line with the losses of Kevin Boothe and Dave Baas, plus significant injuries to key members of their starting squad from last season. They added 2 pieces in Free Agency with J.D. Walton at Center and G.Schwartz at Guard to help with what is clearly their biggest need. Although the Giants have 2 starting OT's, Will Beatty suffered a serious leg injury last season and is 32 years old. Justin Pugh is a decent OT with good potential and would be the other book end with the drafting of Robinson. The Giants can build the core to a very good offensive line in this draft with Robinson anchoring it for the next decade.

The Giants FO simply can't get over how a pro-ready and franchise cornerstone OT like Robinson fell to them at 12, but they will most graciously take him and thank the previous 11 teams that passed on him. Protecting Eli Manning was priority #1 this off season and that need has been addressed to this point.

The St. Louis Rams, represented by Welsh, are once again on the clock.