The MCM Community mock draft rolls on with the Tampa Bay Buccaneers pick.

With the seventh pick in the 2014 MCM Mock Draft, the Tampa Bay Buccaneers, represented by Chrasher, select... 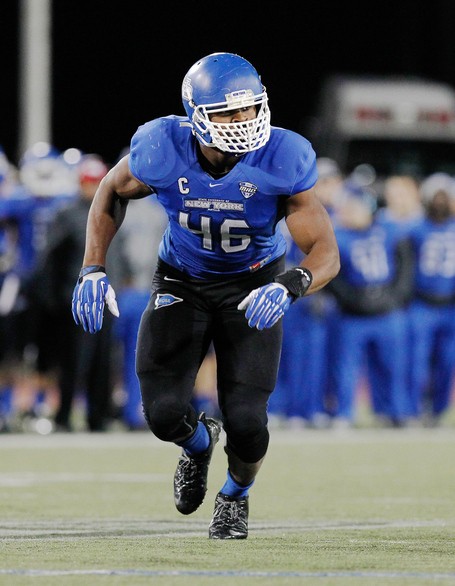 Here is Chrasher's analysis of the pick:

When Evans was taken 5th, this pick got a lot more complicated. I know new regimes sometimes mean new QB's but with Jeff Thedford's new offense he does not have a history with mobile QB's so Bortles isn't the pick either. This pick ultimately came down between Mack and Greg Robinson. The Bucs already have a starting left tackle and contrary to last years draft (Chiefs and Jags) a RT is not worth a top 10 pick. In taking Mack the Bucs can pair him with Lavonte David to be one of the best LB pairs in the league. I think Mack also helps solve their pass rush problem with his knack for getting to the QB. Mack showed he can play against top tiered competition in the Ohio State game and should never have fallen this far.

If this situation plays out in the real draft I would suspect the Bucs would try really hard to get out this slot and partner up with someone who wants to draft either Mack or Robinson before they fall any further. However in the mock that is not allowed so Mack is the best choice here.

The Minnesota Vikings, represented by leerafuse, are now on the clock.