The MCM Community mock draft rolls on with the Atlanta Falcons pick.

With the sixth pick in the 2014 MCM Mock Draft, the Atlanta Falcons, represented by Noles, select... 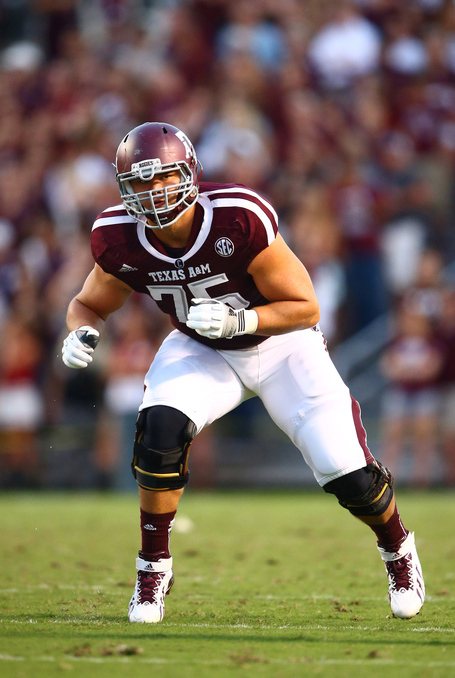 Here was the analysis of the pick from Noles:

The Falcons continue their offensive line overhaul with one of the best tackles in this year's class. They desperately need to upgrade their tackles as current starter at left, Sam Baker has been a bust and can't be relied upon to stay healthy or for that matter, competent. Matthews has the potential and talent to be a franchise defining tackle on either the left or right side. He also possesses the bloodlines to become very successful (father, Bruce is a Hall of Fame offensive lineman and cousin Clay III is a good linebacker for the Packers).

As the Falcons go further into a high powered passing attack with all of its weapons healthy, Matthews should fit in nicely as a dominant pass protector. He shut down the opponents' best pass rusher repeatedly, including LSU's monstrous stable of DL talent. Matthews also proved that he can handle being the man by himself after Luke Joeckel's pro departure this past year.

The Tampa Bay Buccaneers, represented by Chrasher, are now on the clock.