The MCM Community mock draft rolls on with the Cleveland Browns pick.

With the fourth pick in the 2014 MCM Mock Draft, the Cleveland Browns, represented by Danomite, select... 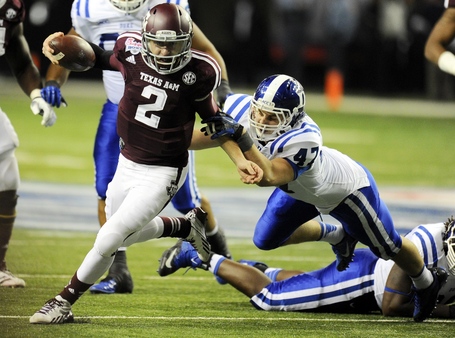 Here is Danomite's analysis of the pick:

Anyone with a brain stem knows the brownies are going to take a quarterback. The fact that they dumped Brandon Weeden and Jason Campbell (Lionel Richie) early in the offseason should make that pretty obvious.

Bridgewater was never an option. Cleveland wants to make a splash, and bringing in the most controversial name since Tebow will do just that.

However--Manziel might be the most talented player Cleveland has had at the position since Bernie Kosar was at the helm.

The Oakland Raiders and Dynamic Dreadlocks are now on the clock.