We'll take a look at a handful of plays that jumped out at me during film review.

Share All sharing options for: Titans-Texans: Film Review - First Half

We're going to do the film review a little differently this week. In chronological order, I'm going to go over plays that jumped out at me while rewatching the game's All-22 footage. (Note: Some of the images are washed out a little. The GIF editor didn't like the endzone angles for some reason.)

Personnel: Texans line up in 12 personnel. We line up in our Big Nickel (Three Safety package). You can see both Pollard and Wilson to the strongside of the formation. Note the alignment of all our defenders and how each fits a gap. 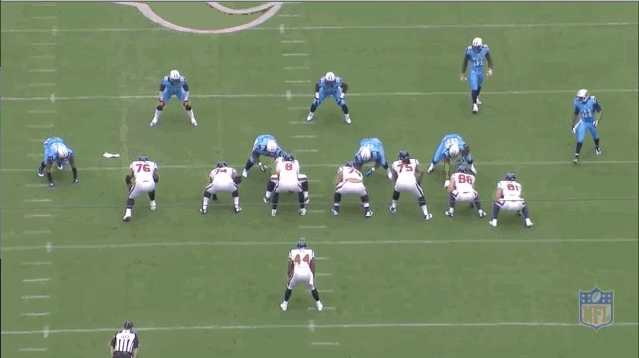 Post snap: This play is a mess from the beginning. The Texans run a draw. Watch Duane Brown sink back to sell the pass, and then put Morgan in the ground as Morgan realizes this is a rush. So, Morgan's Gap is now unaccounted for. The center peels behind the guard, which is interesting. That basically changes the gaps post snap as Fokou and Hill are both occupying one gap, with the "new" gap unaccounted for. This leaves Zach Brown in basically an impossible situation where he has to defend all three of the weakside gaps.

2. Fokou needs to scrape and get to the ball quicker.

3. If Fokou can't get to the ball quick enough, he's got to take a much better angle here.

4. Once the play gets to the edge, everyone has to take better angles - Griffin and Pollard especially. There's no reason this should ever go for 60 yards.

Personnel: Titans line up in 12 personnel. There's little analysis to be had here. We run basic Power, and Battle lights up the Texan defender. Had to include this one.

Personnel: Texans line up in 11 personnel out of the pistol. We line up in our Ruby Package - 3-2-6. It looks more like a Dime package - 4-1-6 - due to the fact that Ayers has his hand in the dirt. Klug and Martin are both lined up as three techs. This leaves Fokou to manage one A gap, and Wilson to manage another. 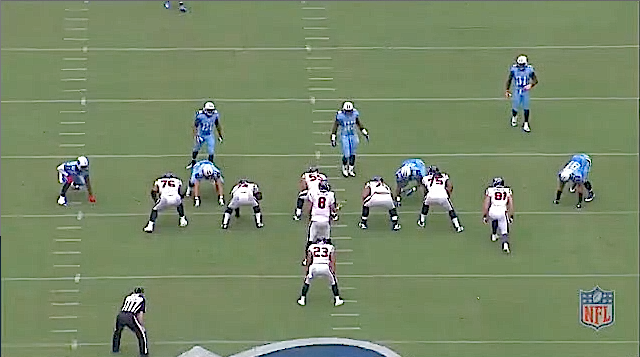 Analysis: Texans run their bread and butter zone play. Wilson does a remarkable job here. He's basically playing inside linebacker. The read is simple for the center - that is there's not much disguise here. Just defender against blocker. Yet, Wilson does a great job of maintaining leverage, and not getting washed out. He takes on Chris Myers - one of the best in the NFL - and makes the tackle to force a 4th down. Great play.

Personnel: Titans line up in 12 personnel. 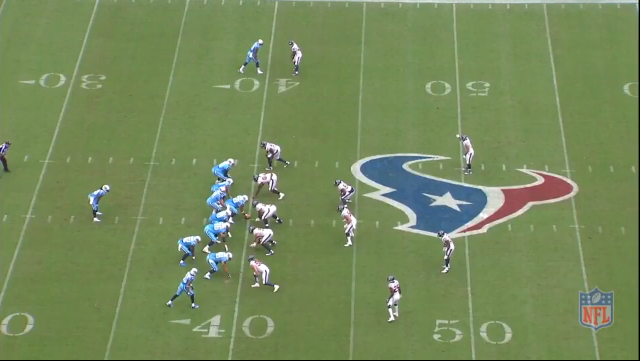 Analysis: Fairly basic play, and not a lot to analyze. One way to constrain penetrating tackles is a trap play. As they get up field, you punish the aggression with trap. Rob Turner basically lets the Tackle up field, and Walker blocks him out of the play. Plays like this show why the staff liked his versatility. I can't see Cook making this block consistently.

No read here for CJ. Just run to daylight. He does that for 12. I noticed that we had little to no success with zone runs this game. The team mostly had success with man/gap runs like the one above. 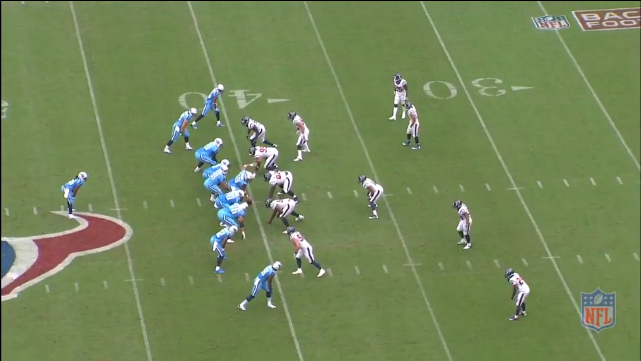 Analysis: I loathe this playcall. Titans fake an outside zone. Except, that they don't. CJ doesn't fake the run. He's actually the first read on the play. The play design is to a run pass option. Problem is that they leave the EMLOS unblocked (by design). Why would he crash to the football if there's never a fake in the backfield? The answer is he wouldn't. Instead, he's in Locker's face the entire play leaving Locker only one target on the play - Chris Johnson. This play is unnecessarily limiting, and a horrible playcall. Please remove this from the playbook.

Situation: Next play after the one above. First play of the second quarter. 4th and 1.

Personnel: Titans line up in 12 personnel. 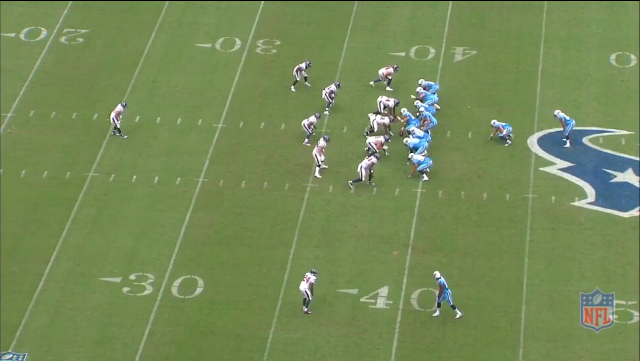 Analysis: No need to post the GIF here as the still will suffice. I guess poor playcalling comes in bunches. It's 4th and 1 and we line up in heavy personnel. Showing a misplaced and arrogant bravado, we elect to run it into the teeth of one of the better defenses in the NFL. Calling this play with tight, heavy (22) personnel allows the Texans to load 9 guys into the box without consequence. Loggains has to be better than this.

Analysis: I thought this was a great play by Brown that really highlights his growth this year. Brown takes on the fullback and makes the tackle effortlessly. There's a reason he's leading the entire NFL in tackles. 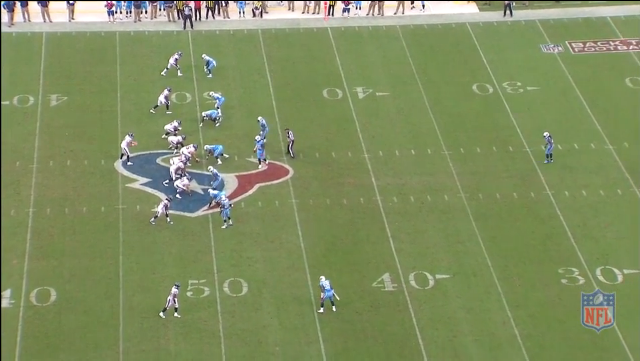 Analysis: Great pressure package here. Note the pressure from the linebackers up the middle. Hill is headup on the Center, which occupies him. Ayers makes the initial rush to the Strongside A gap. The guard blocks him. But, now Fokou is coming to the B Gap. Brandon Brooks is in a bind as he can't cover both rushers. This results in solid pressure and a poor throw. Pollard intecepts the ball and returns it into Titans territory allowing them to take a three point lead heading into the half.

Look for another post today or tomorrow highlighting plays from the second half.