Titans vs. Steelers: The penalties

The Titans were penalized 6 times for 60 yards in the win over the Steelers. Here is a look at each of the penalties.

Share All sharing options for: Titans vs. Steelers: The penalties

The first penalty of the day was called against Delanie Walker for offensive pass interference:

It is hard to tell much from this picture, but if you look at the way the defender is turned, it sure likes Walker could have gotten open without pushing off.

The next penalty was for an illegal shift that happened before the coaches film camera was rolling. It looked like a scenario where Locker just didn't wait long enough for everyone to get set.

The third penalty was a hold on Kenny Britt: 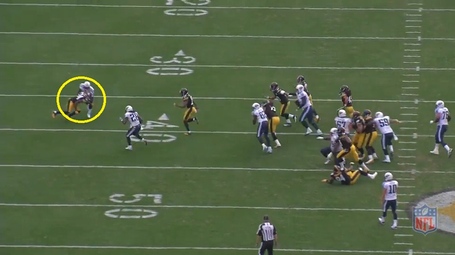 That one was pretty obvious.

The next penalty was a false start on Jackie Battle. I think you all know what that looks like.

The fifth penalty was a personal foul on our old friend Big Country: 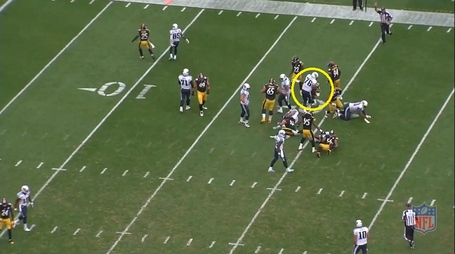 Again, a blind referee could have called that one. You have to give it to Country- he got his money's worth.

The final penalty was a face mask call on Akeem Ayers:

That isn't the best angle, but there was no doubt he was guilty.