The second in a look at players who stood out in training camp and that is rookie defensive lineman Lavar Edwards. The former LSU Tiger is as versatile as advertised and appears poised to be a key contributor to the Titans defense.

Now that training camp has closed, I am going to be doing a series of player spotlights for players that have caught my eye in camp or who have been the subject of a lot of fan questions. I already took a look at second year tight end Taylor Thompson, and today I am going to take a look at rookie defensive end Lavar Edwards. 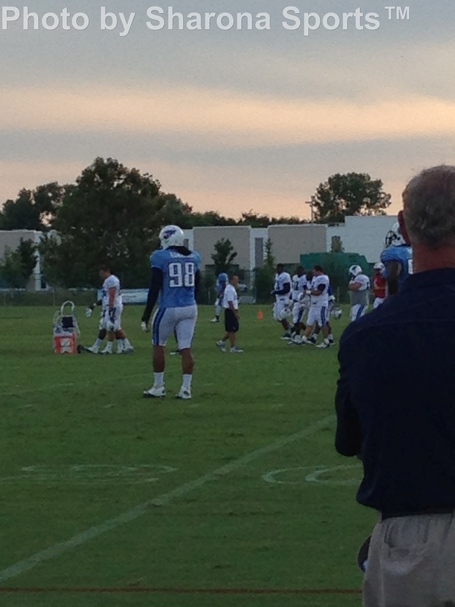 A 5th round pick out of LSU, Edwards' college career was overshadowed by fellow draftees Keke Mingo and Sam Montgomery. Ultimately, the Titans may have gotten the most versatile of the 3 and one who will fit within their defensive scheme well. Despite limited starts and rotational duty, he would finish his career at LSU with 96 tackles, 20 TFL, 10.5 sacks, 2 interceptions(1 returned for a touchdown), 7 passes defended, and 2 forced fumbles with 1 recovery for a touchdown. 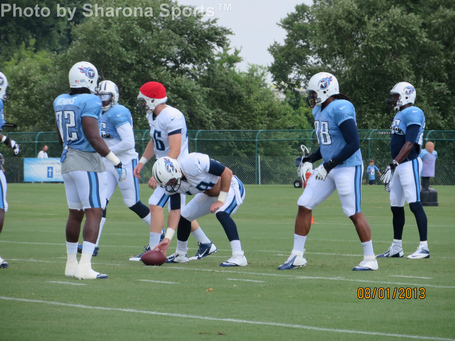 At LSU, Edwards was a situational defensive lineman who played both inside and outside. Detailed stats aren't available but he played both defensive end positions and was moved inside to tackle on passing downs. I expect this trend to continue with the Titans, who have already played him at the end and tackle position in training camp. 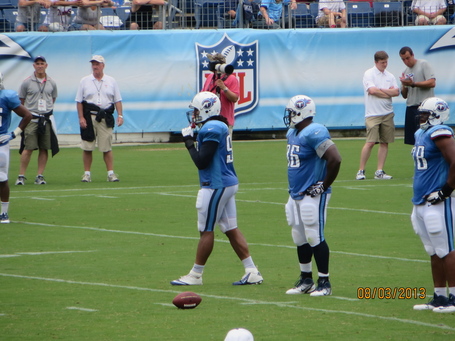 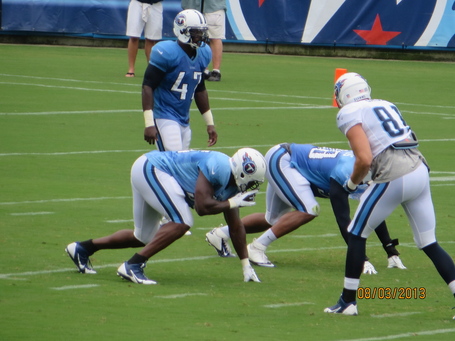 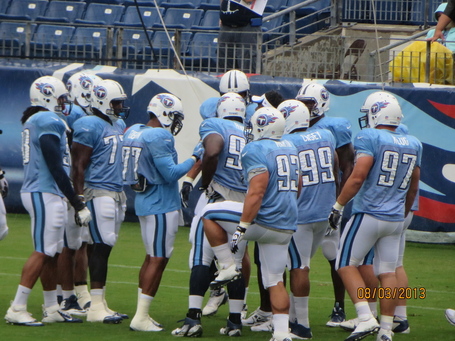 Edwards got some good playing time in his first preseason game against the Washington Redskins and posted his first NFL sack. That is exciting alone but what is even more exciting about that is that the sack occurred on a play where he was playing inside at defensive tackle. Expect Edward's versatility to allow him to see some significant playing time in his rookie campaign. 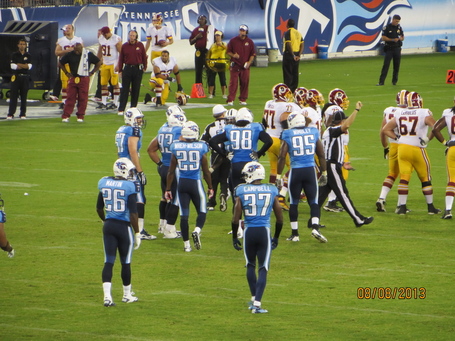 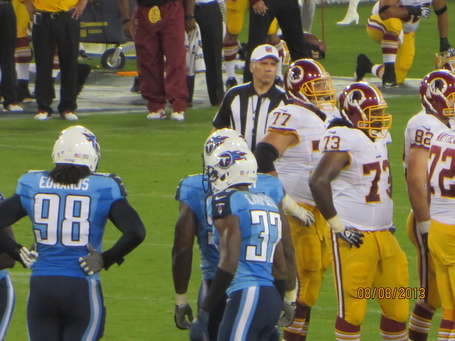 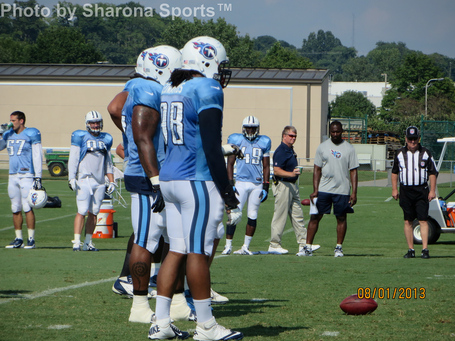 It appears Edwards is going to get playing time with the first team defense although I haven't seen any confirmation on whether he will play inside or outside. Ropati Pitoitua and Sammie Lee Hill are out against the Falcons and it is likely he could play both inside and outside.
The Falcons offensive line has some position battles raging right now including who will replace Tyson Clabo at right tackle. Additionally, the center position as well as right guard are still up for grabs so there could be some interesting matchups to watch. The Titans play the Falcons Saturday night at LP Field. The game starts at 7:00 p.m. CST.
The Falcons released their "official depth chart" today for their game against the Titans Saturday night.