Well I said I wanted to focus on the safeties more and boy did that take that to heart with an outstanding performance tonight on a breathtaking night in Nashville, Tennessee. What else happened at tonight's open training camp practice? Let's take a look. 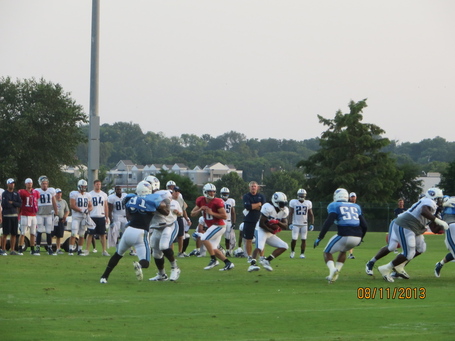 The story from tonight's camp will likely revolve around Locker's 3 interceptions and it was a night marked with good and bad for sure. One of those interceptions was off a ball that bounced off  Collin Mooney which isn't really Locker's fault. Still, not his best practice for sure but there were still some good things happening out there with him. 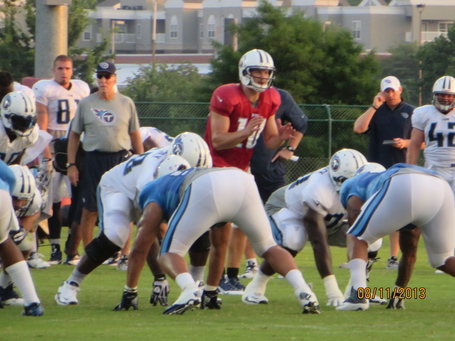 The first 2 interceptions were completely on Locker. Linebacker Zach Brown picked him off first, and Bernard Pollard got a pick six in end zone drills, which really makes this one the worst to me.

Pollard would add another pick six later on with a play located roughly around midfield. There was another dropped interception by Moise Fokou. Like I said however, there were some good things and I will leave you with this better vine on the Locker discussion. That should be wow Locker to Wright by the way!

More regarding the safeties and as promised I spent more time watching them which was great because they did not disappoint. I will have to go back through my vines but I don't think I got a good one of Michael Griffin. He made a terrific tackle tonight. I believe he is doing much better in that regard and I also think limiting his responsibilities to strictly free safety is going to pay dividends.

Pollard and Griffin are obviously going to be "the guys' but Wilson is going to be an important part of this defense. That was a pretty nice hit he put on DeMarcus Cosby on that play along with BW3. 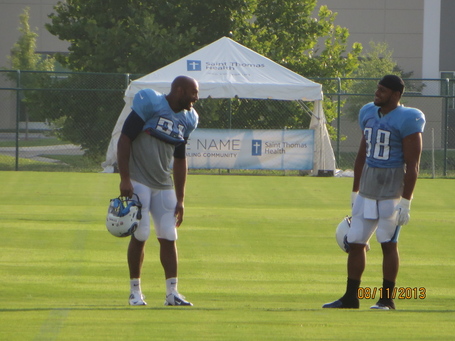 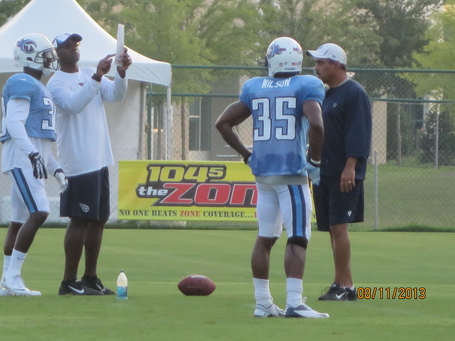 The Titans are trying Al Afalava and Tracy Wilson at free safety. I didn't see Markelle Martin on the field tonight and I see now Jim Wyatt reported he wasn't practicing. Also, in case you missed it the Titans released safety Robert Johnson today. I think safety is an area the Titans will look at once camp cuts begin. They did add safety Corey Lynch to the roster to replace Robert Johnson today. 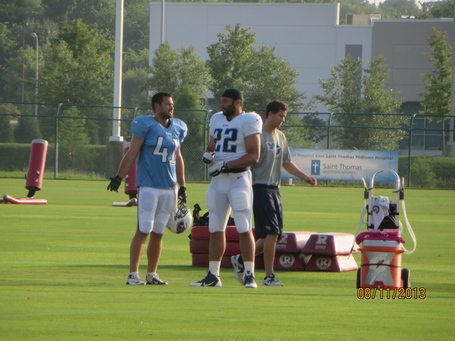 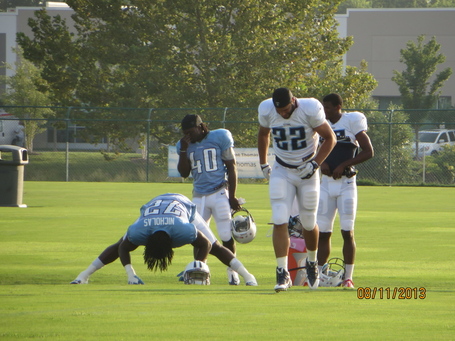 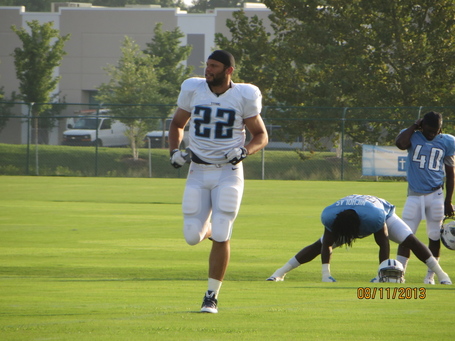 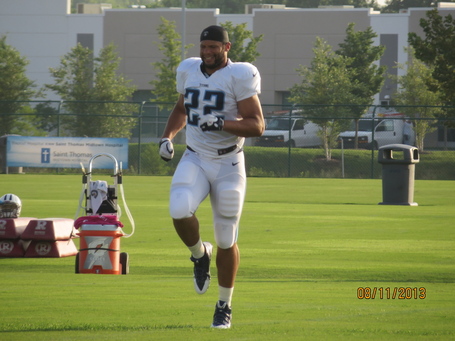 A guy I continue to be impressed with is running back Jackie Battle. He has an upright running style but he can get the tough yards. He also has some nice hands in the passing game. Will the Titans carry 4 running backs? I think so since it appears that Darius Reynaud will likely make the roster with the injury to Marc Mariani. I just don't think they will want to let Battle go and I would agree.

Speaking of running backs, the offense featured a lot of screens, dump offs, etc. to get the running backs involved in the passing game.

Overall, I think CJ has improved a lot with his hands catching the ball though he did have one drop.

Finally, the good or bad news depending on how you spin it is that the defense finally had a night where I would say they got the better of the offense. The offense had to do pushups tonight because they lost in drills which I do believe is the first time that has happened. I also think there has been some improvement in the run defense though it still needs some work. 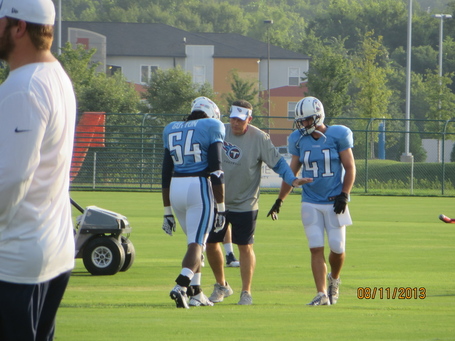 Along with Corey Lynch, the Titans added Gary Guyton and they are pictured above. Guyton has really nice size and I remember him from the Patriots. With Greg Jones sidelined along with Colin McCarthy and Zaviar Gooden, the Titans needed depth. Guyton is a nice player and someone I would like to see stick. I will be sure to pay some attention to these two in the next 2 open practices.

Gooden has a high ankle sprain and is likely out another week or two. McCarthy is still out with a bad hammy. I didn't see much in the way of information on Markelle Martin but being out obviously isn't good for him. We will probably know more in the coming days but you have to wonder if the Titans are ready to move on there as well. 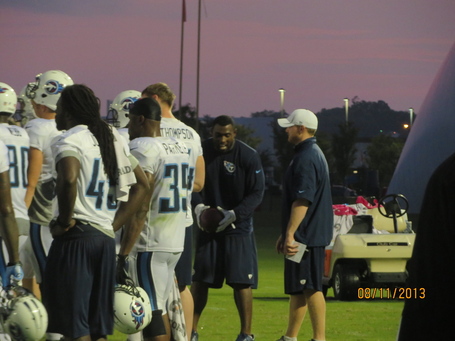 Delanie Walker came down on the field again and he is about a week away from practicing. Other injury notes and that is Rob Bironas came out and did some individual work today. It sounds like he will play against the Bengals. Wide receiver Kenny Britt and tight end Taylor Thompson got the day off for "soreness" and that isn't a cause for concern. Brian Schwenke was on the field but did not practice. He looks close to coming back.

You can find more vines posted to my twitter account. Also, my photographs from today can be found here. Let me know if you have any questions. Just a reminder that I live tweet the practices and you can usually find information there as well.