Update from Titans training camp including some notes on injuries. 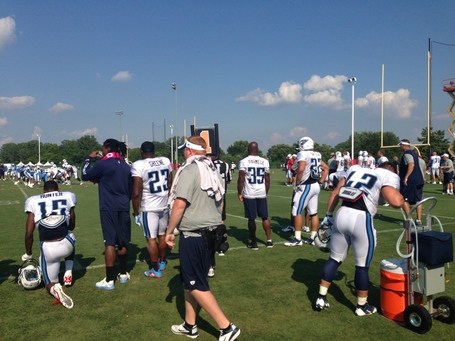 First of all, the injured list is growing and of note Chris Johnson and Jalen Parmele both sat out today for what Munchak termed "soreness." Johnson is expected to play in the preseason opener against Washington. Parmele had a sleeve on his left leg and his status is less clear. Brian Schwenke was out there but did not practice. He is expected back soon and should play in the preseason opener as well.

Kenny Britt gave me a bit of a scare when he pulled up lame but after getting stretched out he went back in and continued to practice. Also, he caught a TD in double coverage so it doesn't appear serious. Bonus is you get to swoon over Chance Warmack's belly. 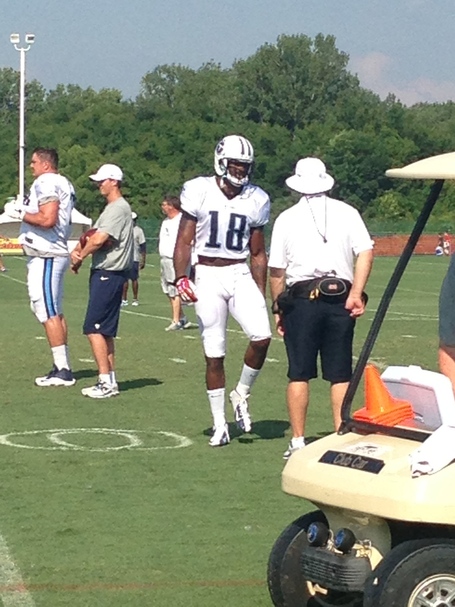 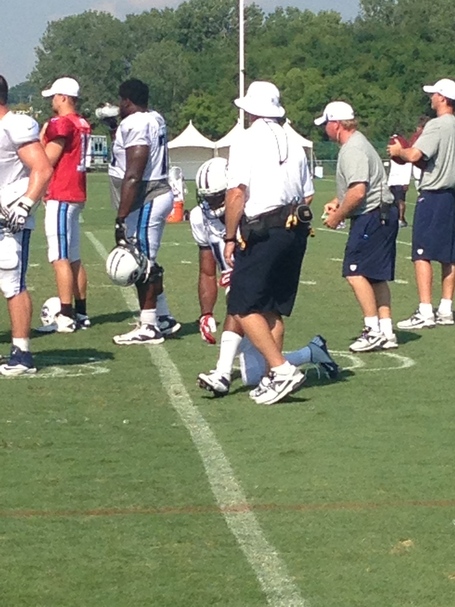 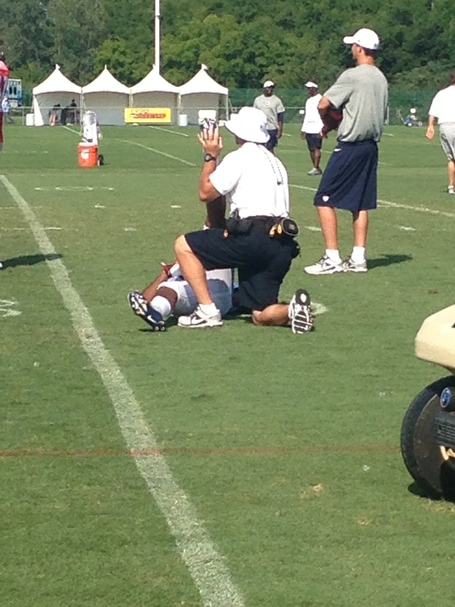 On defense, the most concerning injury is clearly Colin McCarthy. He didn't practice today because of leg and knee soreness and had an MRI. Hopefully it's nothing serious but Moise Fokou has played very well. Zaviar Gooden got rolled up and is having an MRI on his ankle as well. Again, hopefully these are just precautionary measures. 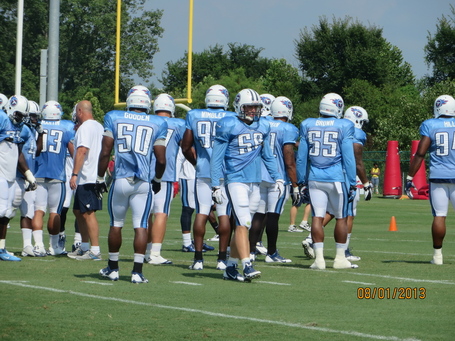 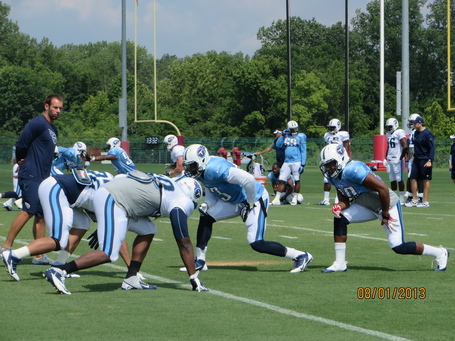 Now onto some practice notes. I thought the defense performed a bit better today but there is still much work to dp. I still give the edge to the offense which continues to go out and make some nice plays. Having said that, there were several drops from wide receivers. It appears to me camp fatigue may be setting in as their legs don't seem as fresh as they did previously. 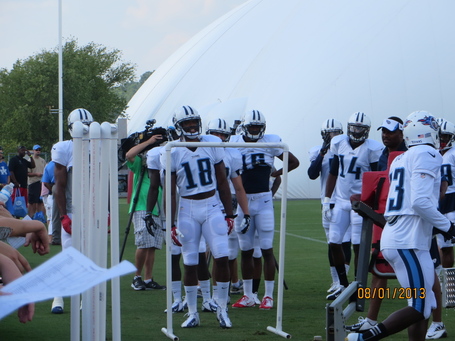 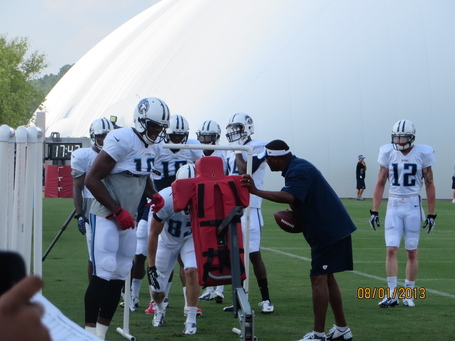 Still, as I mentioned before, Britt caught a TD pass in double coverage and overall looked good. Hunter had a couple of very nice catches as well. Kendall Wright made some nice plays and seems a lot more quick and fluid. He also caught a touchdown pass. Younger guys like Watkins, Roberto Wallace, Rashad Ross and Diondre Borel are competing hard. The Titans will have some tough decisions to make. Marc Mariani did not seem hampered by his injury today. 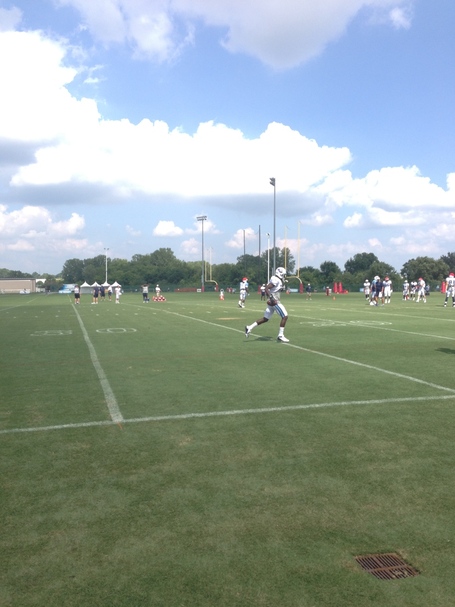 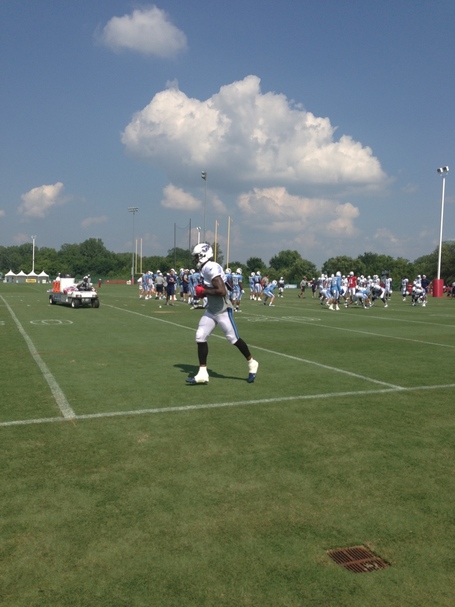 Damian Williams continues to look good at the return position as does Reynaud of course. Guys like Daimion Stafford and Rashad Ross are competing hard to take that spot as well. This might be one of the more important positions to watch in the first preseason game as it will likely determine some backend roster spots. 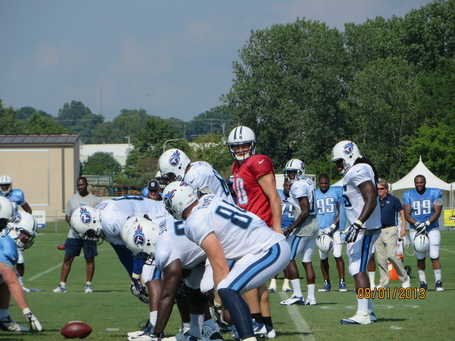 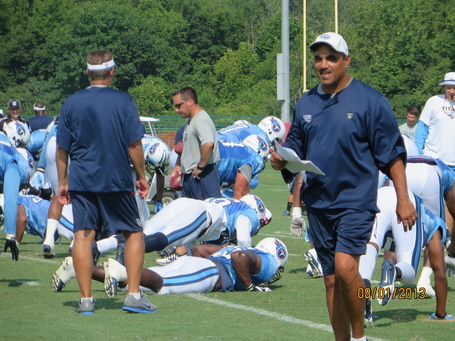 The defense did do pushups because they lost at drills. However, new safety George Wilson made a very nice play in coverage to break up a pass. 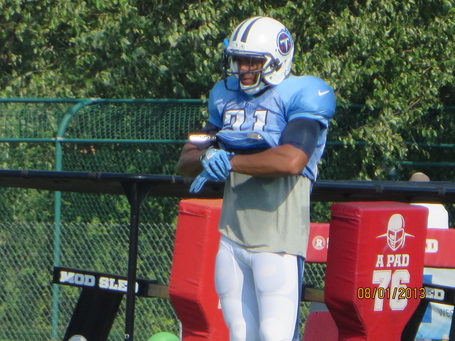 The Titans are continuing to rotate their linemen. I thought Klug looked a lot better at DE lately. Seems he is making the adjustment and I am anxious to watch him in scrimmage. I also thought BW3 had a nice practice today as well. 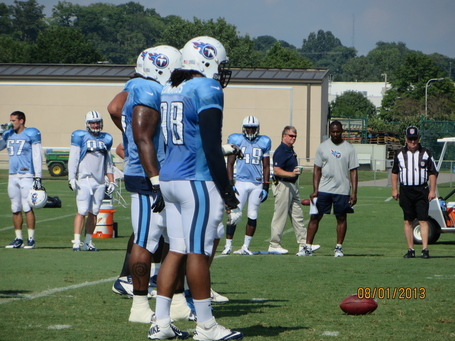 Stay tuned for a writeup on rookie defensive lineman Levar Edwards who is very quietly having a solid first training camp. He has played both DE positions though I have yet to notice him playing inside. As you can see, he makes an impression when you see him as he is a big guy who is agile. Another young player to watch when preseason rolls around. 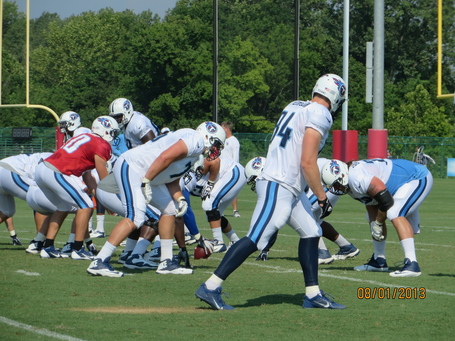 The Titans are lining their tight ends up at the receiver spot particularly Taylor Thompson who is also having a very underrated camp. He looks good not only in the receiving game but also blocking. Like Edwards, he is an impressive guy when you see him in person 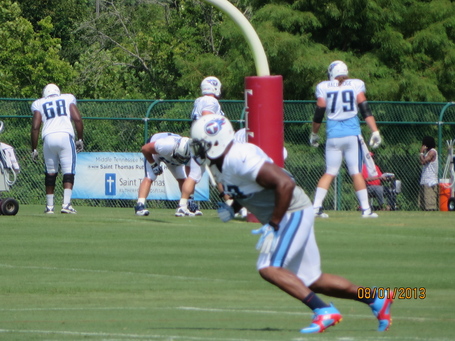 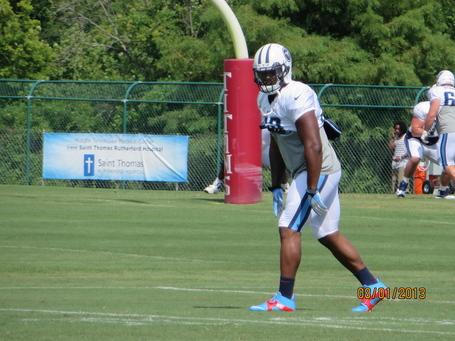 Finally, I am really loving the addition of Shonn Greene and not just because his shoes were super fly. He has had a nice couple of practices and looks ever increasingly comfortable in the offense. Darius Reynaud as well continue to make plays and could very well take the last RB roster spot. Fullbacks Quinn Johnson and Collin Mooney continue battling hard though I would have to give the edge right now to Johnson. 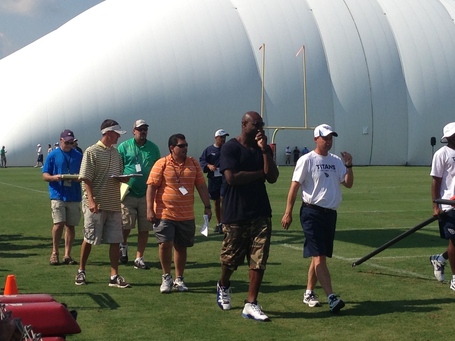 One more note and that is former Titans great Keith Bulluck was in attendance today watching practice. He seemed very excited about the Kenny Britt touchdown pass and of course that was such an awesome play. It was great to see him back in Nashville.

That's it for now and as always I will update if I think of anything new to share. You can find my photos from today's practice here. Again, I live tweet the practices and you can follow me on twitter at @SportsBySharona.