Titans wide receiver Kendall Wright had a nice rookie season, but we were all hoping to see more explosive plays out of him. What do you think he will do in 2013?

As I did with Kenny Britt and Chris Johnson, I asked the people who like the MCM Facebook page to predict Kendall Wright's 2013 stats. Here is what they predicted: 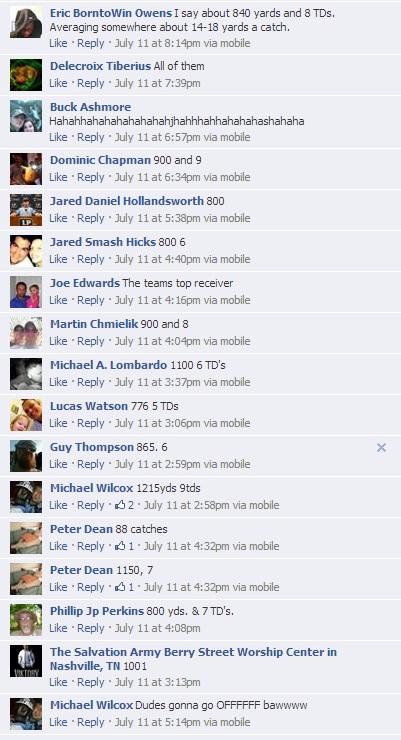 That averages out to 929 yards and 7 touchdowns- once again, a surprisingly realistic prediction from the Facebook crowd.

I can't wait to see what Dowell Loggains has planned for Wright this season. There is no question that Wright wasn't used correctly last season. That will change this season because unlike Chris Palmer, Loggains is going to fit the offense to his personnel instead of trying to fit his personnel to his offense. It will be a welcomed change.

The sky is the limit for Wright. He has the "wiggle" to make things happen underneath, and the speed to make some plays down the field.

What are your predictions for Wright's yards and touchdowns in 2013?