A commitment to getting Kendall the ball in space more often will not only help Kendall's production, but the offense as a whole. 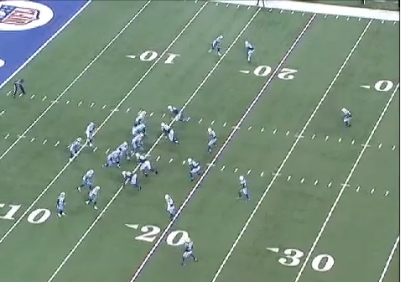 (Kendall Wright on the new playbook)

It has "stuff that gets us open...Gives you a chance to catch the ball and not get hit when you catch it. Give you time to make moves and get yards after the catch."

Above is the quote from Kendall when asked about the new playbook this offseason. The way that Loggains intends to implement this remains to be seen, but it is a good sound byte nonetheless. Kendall thrives in space, and you can see that in the image posted here. His combination of "wiggle" and straight line speed makes for a threatening skill set if he can put his whole game together. Beyond the basic schematic things that will be installed for next season, the reemergence of Kenny Britt and addition of Justin Hunter should help not only threaten vertically, but also the perimeter. With that kind of threatening stretch on the outside, things get freed up underneath for Kendall to work.

While Kendall led the team in receptions last year, I thought there was still plenty of room for improvement. Getting him the ball in space more would be a great start.