The Levitre signing is an excellent one for this organization. While it came with a hefty price tag, Levitre is one of the better guards in the game that should improve this line significantly for the next few years (or longer).

The interior of the Titans offensive line has been a problem for years now. Last season really highlighted this issue. The signing of Levitre puts us one position away from having one of the better offensive lines in football. While the price tag might not have been cheap, I believe it's money well spent for a handful of reasons, most importantly:

In watching Levitre for a few games, I think we improve (possible dramatically) in both these areas. What Levitre lacks in power, he makes up for in technically sound play, excellent football IQ, and great leverage. You're not going to see an overwhelming number of drive blocks or highlight reel pancakes. But, you also almost never see lapses in assignments or a busted play that's his responsibility.
The Run Game
(h/t Adam Caplan / Greg Cossell who highlighted this play in their analysis of O-linemen) 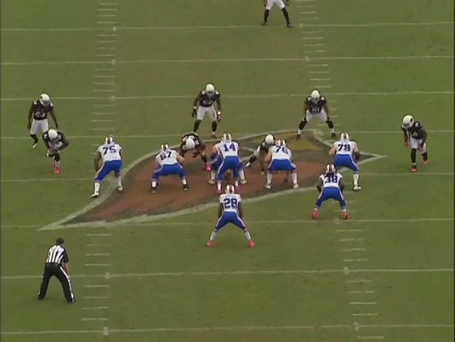 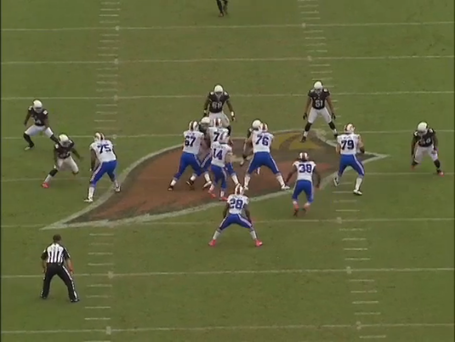 Immediately post snap, Levitre explodes into the defensive tackle to his right and combo blocks with the center. Keep an eye on the strong side defensive tackle. He's going to stunt behind the defender Levitre is currently blocking. 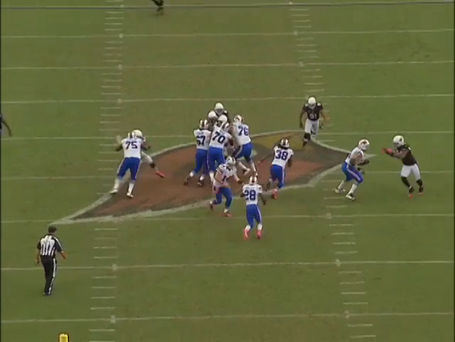 You see this happening here. And, while this doesn't show up well in stills, this all happens very rapidly. Levitre quickly diagnoses this and disengages at the last second to block the stunting tackle. 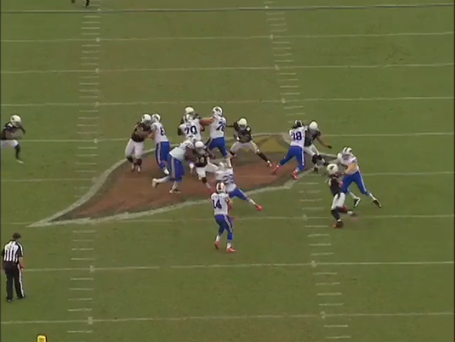 Levitre correctly uses the tackles own momentum towards the sideline, gets inside out leverage, and kicks him out. 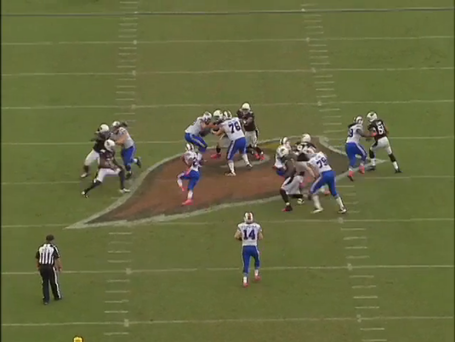 The result is a great block and hole for CJ Spiller which allows for a 33 yard gain. 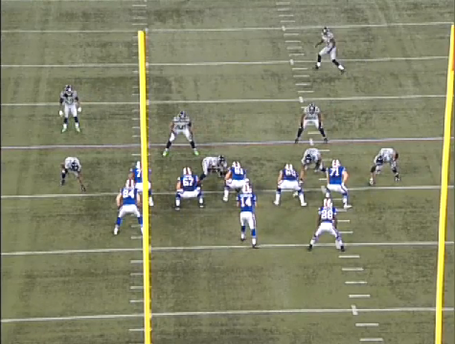 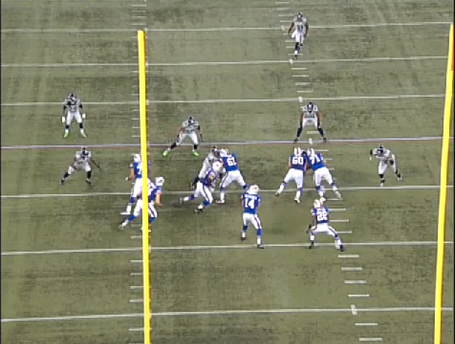 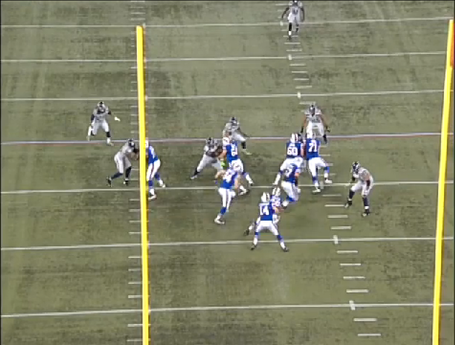 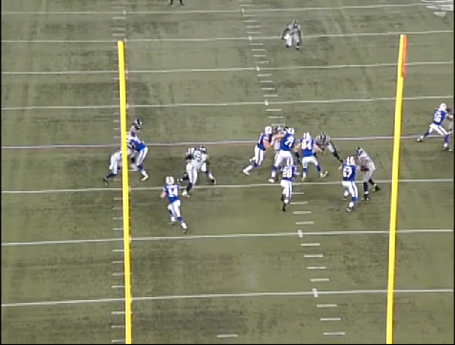 These stills more or less speak for themselves. Bills run a counter play here. Offensive line blocks down. They pull Levitre from the LG spot to kick out the EMLOS, and then send the TE through the back side hole as a lead blocker. It's plays like this where you watch it, and you're not really floored by the tape. But, there's nothing to nitpick, and the athleticism displayed shouldn't be dismissed, either. We struggled with pulling guards at times last year. While things like this aren't flashy, it just adds more variety to the things you can do in the run game. 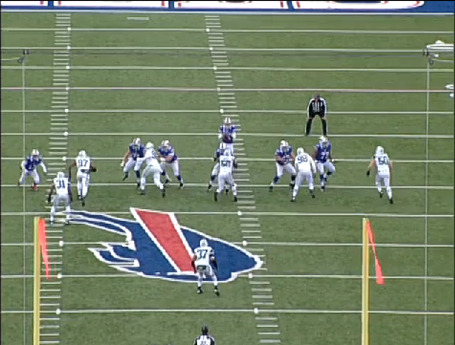 Another example here of a play that, if watched live, probably doesn't wow many people. And, really with offensive linemen, it's more about volume of successful plays (especially in the passing game). That is, any starter in the league can execute this play, but it's Levitre's ability to do it consistently that makes him special. My sample size is limited, but I never saw him get beat in the passing game on tape.

Back to the play, Levitre is at the guard spot on the right side of the screen here. 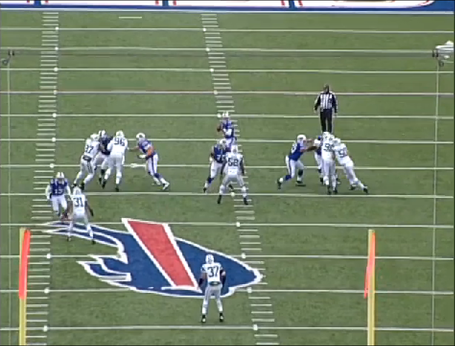 Defensive line stunts the rushing linebacker around the defensive end. Levitre begins the play with a combo block on the end with his left tackle, and now begins to transition to the stunting linebacker. 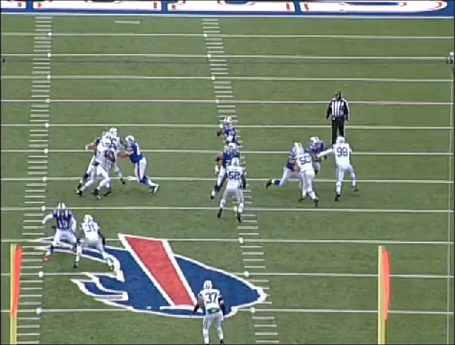 The result is a good, clean pocket for Fitzpatrick to step and throw from, allowing a strike for a first down.

As mentioned above, Levitre isn't really going to jump off the page in stills, or basic film analysis, really. Well, I shouldn't say that. I was floored by how well he played, but he doesn't exactly flash dominating power. What stands out more than anything is that there's almost never a lapse in judgement, or a negative play given up as a result of Levitre struggling. He can go unnoticed at times, but it's for all the right reasons. He strikes me as a guy with great football IQ which will be a great resource alongside our young center.

Kudos to this front office and coaching staff for going out and getting their guy. Some may have reservations about the price tag, but I believe he'll still provide great value. This is a huge upgrade over an aging Hutchinson that, in my opinion, will result in tangible gains in both the run and passing game next year.