Titans safety Michael Griffin knocked Jets WR Stephen Hill out of the game Sunday on Alterraun Verner's first interception. Even watching the play live, there was little doubt he would be fined by the league.

Here is the hit that earned him the fine: 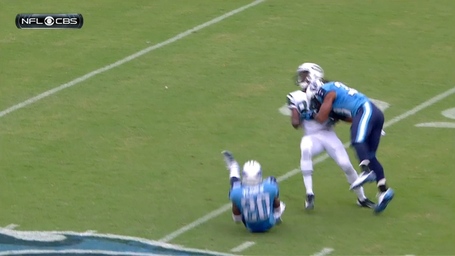 Griffin said that the hit was shoulder to shoulder. He might technically be right, but that hit right there is going to get him fined every single time. That is text book defenseless receiver and leading with the head.

These new rules do put safeties in a tough spot, but that is just life in today's NFL. The only thing they can do is that crawl thing that Griffin did last week.