On paper, some of the things Jerry Gray tries to do make sense. It could create confusion, potentially. In practice, it's unnecessary complications on a team that struggles with just the basics.

A large part of coaching is understanding personnel, and their strengths and limitations. Scheme is rarely one size fits all. Rather, the scheme needs to be adjusted to suit the players and put them in positions that maximizes their strengths. In this regard, Jerry Gray really struggles at times. There appears to be an effort to complicate things for an offense with different looks and disguises. Yet, when implemented, they sometimes have the exact opposite effect. We'll look at two totally different playcalls, but the same common result and disconnect. 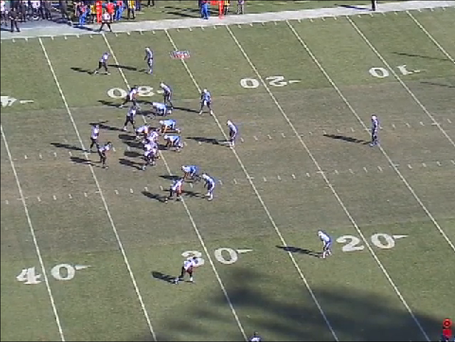 Jags are in a 4 WR look. Dime personnel matches this. Griffin is the single high safety here. Afalava is down near the LOS at the 25. He almost looks like a Nickel linebacker here. Morgan is split out wider than usual in a wide 9 look. So, that's a little different, but no big deal. Here's the important thing to note here. Pre-snap, the QB is reading top down. Single high safety. Other safety is in the box and doesn't appear to be manned up. This likely tells me that you're going to see some kind of added pressure with man under. Or, the safety and linebacker will drop into zone. These reads are important. Keep in mind that the reason one would want to disguise a coverage is to confuse a QB, and complicate those reads at the last second. 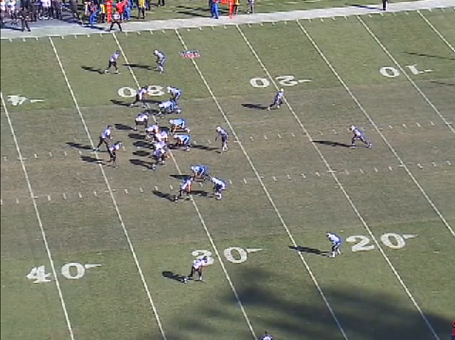 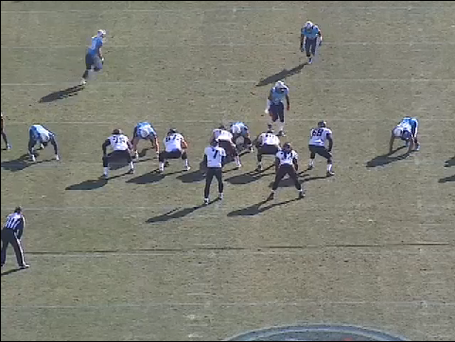 ZANG! That sneaky devil Jerry Gray has a trick up his sleeve. That pre snap look you just saw?!? Yeah, well now I'm retreating one safety to the single high position, and bringing Griffin from the other (in case you're wondering, Griffin has 1 sack on the year). The net effect? The exact. Same. Look. The image brings to mind Elmer Fudd tiptoeing around. "Be vewy, vewy quiet." 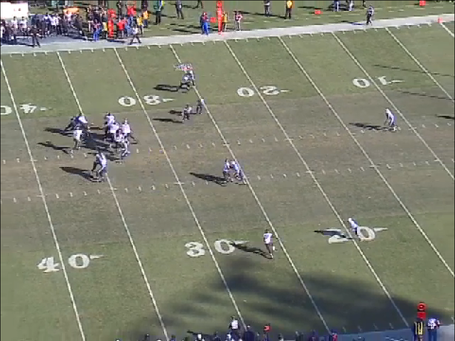 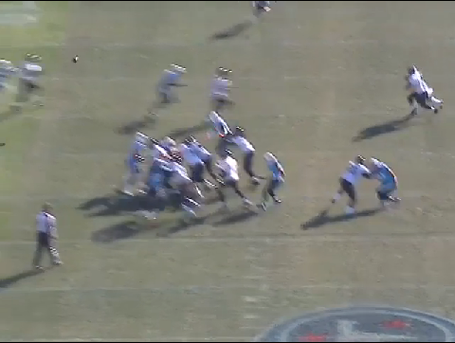 Not unexpectedly, the Jags have a quick route called here. Double slants to the left side. While working to disguise the look, Afalava's retreating has left him on his heels. He's reeling and now trying to get down hill. With the safety out of position, Blackmon beats his defender and has an open field to the endzone.

Personnel: Dime with an extra LB substituted for a lineman 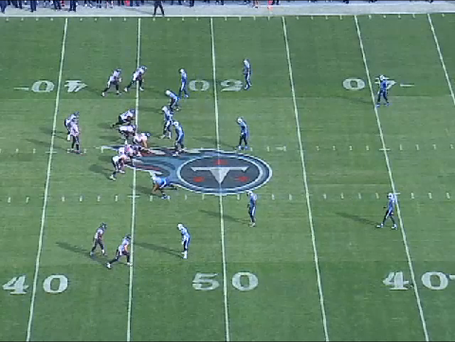 Texans are in "11" personnel (1 RB, 1 TE). Daniels is split out wide. The Titans being in a Dime package is a little bit of overkill, but give then down and distance it makes sense. Substituting a linebacker for a lineman is pretty questionable. I take issue with it for 3 reasons: 1. We don't exactly get constant pressure even with our traditional 4 down linemen. With 3, you can be pretty much guaranteed that you're not getting pressure. 2. Only three rushers (which is what we end up bringing) makes us vulnerable to the draw, and it is only 3rd and 8. 3. Basic logic would suggest that extra men in coverage would help protect the safeties. This can be true if, for example, we flood zones underneath, and play cover 3 over the top. However, when you stay in 2 high with arguably the worst safeties in the NFL, play with soft corners, and don't get pressure, there's a good chance that your safeties are going to get tested vertically. 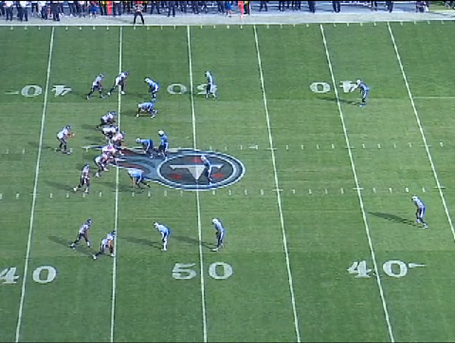 The Texans motion Foster out to the slot. 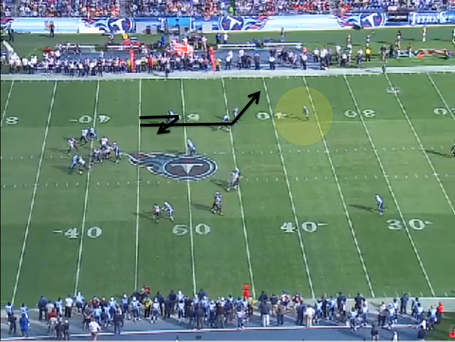 Texans run a pretty basic route combination: "Smash". It's a basic cover 2 beater, with the WR running the flag route which can expose the "honey hole" in the Cover 2. The receiver running this route? Lestar Jean. This was one of his 6 catches all year. Notice how clean the pocket is for Schaub. 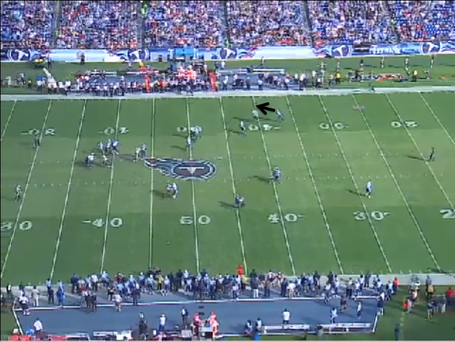 Jean beats Verner cleanly and gets open as he breaks to the corner. In this still above, Jean has the ball. The arrow shows Griffin's angle to the receiver. Almost impossibly given the small amount of space, Griffin gives up the sideline with this poor angle. The receiver continues vertically on his way to a TD.

As mentioned to begin with, these are totally different playcalls that share the common thread of overthinking situations that should remain simple. Get the basics down, then we can start talking about creative looks. Until then, we need to stick to base sets, and stop creating unnecessary complications that expose our safeties.