Plays like this are what we'll want to see more of out of our young quarterback in the future.

Share All sharing options for: Titans vs Jags Film Review: Climb and Throw

Early in the game against Jacksonville, Jake Locker made one of his more encouraging plays of the year from a developmental standpoint. If Locker is to make the proverbial next step, we need to see more consistent pocket mobility and the ability to get through reads across the field. On this play, Jake displayed both of these traits, which resulted in an explosive play for the Titans. 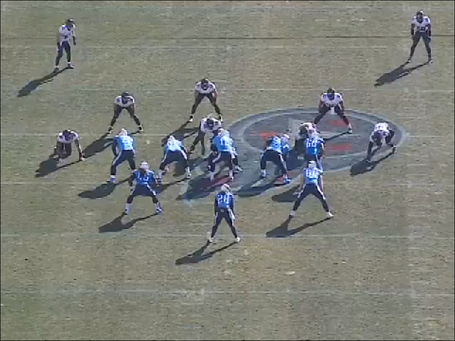 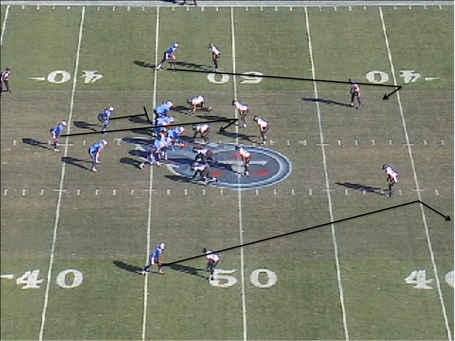 Play: The Titans fake a lead play to CJ on the left side. CJ acts as the check down. Primary read is to Kenny Brit who runs a 10 yard curl. On the backside of the play, Hawkins will run a corner route (after breaking to the middle of the field). 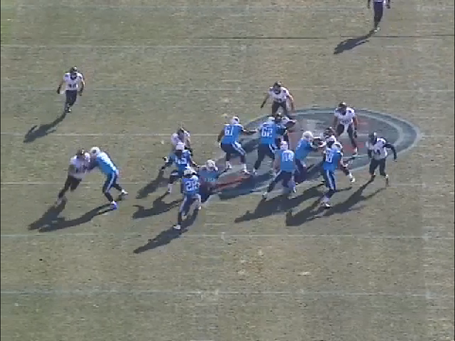 Locker fakes the handoff to CJ. 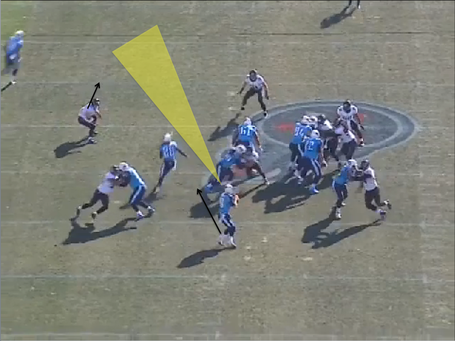 Here's where it starts to get interesting. A lot going on here. Locker's first read is to Britt. He checks that way. The underneath linebacker has begun to retreat after diagnosing the run fake. There's a chance Locker could fit this ball in, but the window would be tight. Locker smartly elects to climb the pocket here in the area created between QJ and Roos. Locker does a great job of maintaining balance in this climb, and, more importantly, keeping constant eye level down field. It's not a frantic move, but a smooth transition into a clean throwing area. 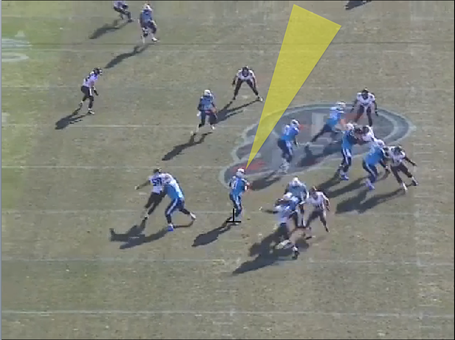 He's now climbed the pocket and found the space to throw. Eyes are moving through the climb and have now found Hawkins on the backside of the play who's winning his route. Locker identifies the target, but you'll notice from the lines at his feet that he's not yet square to the target. The back foot is perpendicular to the middle of the field. You'd like that perpendicular to the target. 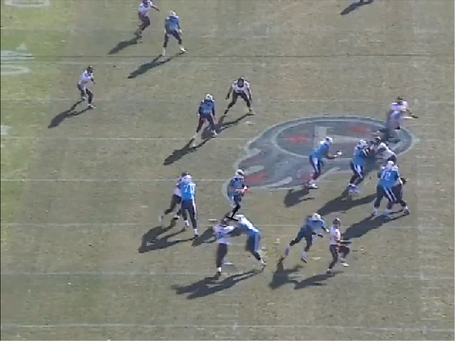 Locker does that here. He settles his feet, maintains good balance, squares the backfoot to the target, and is ready to throw. 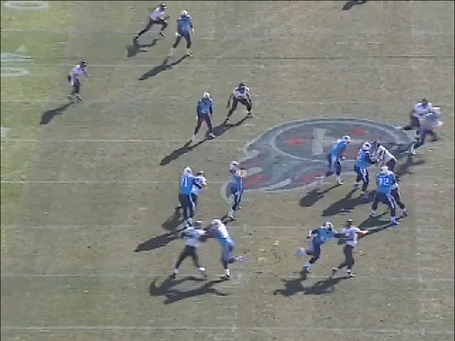 Good balance. Belt buckle is pointed to target and Locker delivers a strike. 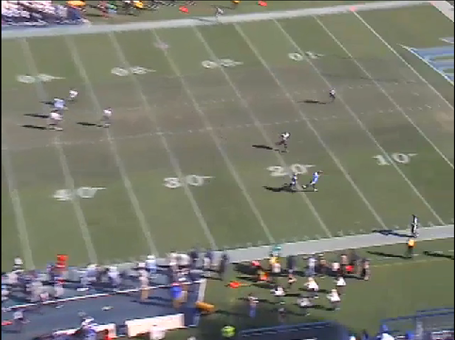 Little things like this may not seem like much, but these nuances are what add up to make great QB play. If you have a chance this offseason, try to watch some cut ups of all the great ones in this league. The ability to manipulate the space in the pocket, maintain eye level, and get through reads are characteristics of all the great quarterback play in the NFL. Jake has great athleticism, however it will be the ability to control and harness that athleticism (much like Aaron Rodgers) that he'll need to learn in order to progress. Locker still has a long ways to go in his development, but flashes like this give glimpses of how special he could be if he can put it all together.