Michael Griffin and the Invisible Football

Share All sharing options for: Michael Griffin and the Invisible Football

You won't see it in the stat line, but Michael Griffin had an interception yesterday. Unfortunately for him and the Titans, it was just an invisible football that he intercepted. Don't believe me? Click through the jump for irrefutable pictorial evidence.

You can clearly see here that he is reaching out for a football. It has to be an invisible one because Calvin Johnson has already caught the one you can see. 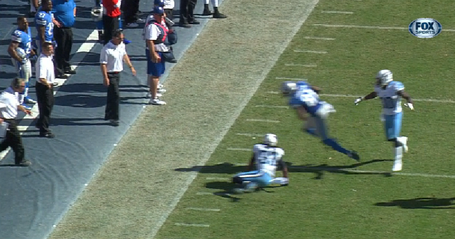 Here you can see him completing the invisible catch to the ground. Notice that he gets his knee down. One knee equals two feet, right? 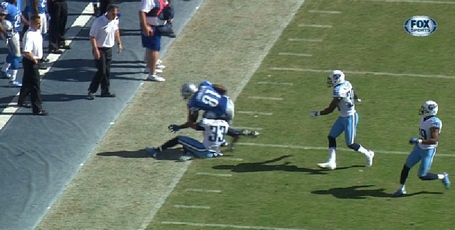 Now he has secured the ball so he doesn't losing while sliding out of bounds with Megatron jumping on his head. Maybe Griff could teach Michael Vick how to slide.

So that is a little fun with that play, but it sure would be nice to see Griffin make a play to knock that ball out of Calvin Johnson's hands instead of doing whatever it is that he decided to do here.