While putzing around the SBNation family of NFL blogs, I noticed a very interesting post over on Dawgs By Nature, the Cleveland Browns site. This year, NFL.com has made a breakdown of snap counts by player available in their postgame recaps. This helps us get a better idea of the usage and effectiveness of certain players and hopefully eventually certain packages. In any case, the team faced 67 total plays, here is how things shook out for the Titans' defense on Sunday.

Thoughts: Not a whole lot to be honest, this position is in kind of a state of disrepair. Even so, this surprised me a little bit. I guess it's a good thing to see your two best defensive ends on the field so much, but this team is desperately thin at end, especially with the release of Panel Egboh. I have hopes that Scott Solomon can contribute sometime this season as another victory for the front office and a consolation prize for Derrick Morgan failing to live up to expectations thus far. Developing him would go a long way towards improving arguably the weakest position on the defense.

Thoughts: Man this is a young rotation. Now that Sen'Derrick Marks is set to make his return, he'll be the "elder statesman" at the ripe old age of 25. The combined years of experience among this group is still fewer years than Tom Brady has been in the league. Harris clearly got the fewest reps out of this group, and that makes sense, two are coming off of monster rookie seasons and one was a high-ish draft pick. His time will come, probably when Marks's deal expires.

Thoughts: Colin McCarthy missing most of this game gives me a major sadfeel. If he misses the Chargers game (and it looks like he will), this team will be missing a really big part of their defense in a game that, if they were to win, would restore a lot of my confidence in this season. Simply scouting the box score would show that Akeem Ayers had a hell of a game. I don't mean to imply that he played poorly, but he could've gotten off some blocks better. Of course, not many get off of a Gronk Block with much ease, but still, work on that and he'll lining up at outside linebacker for this team for a long time. Look to see even more of Will Witherspoon. As infuriating as he can be at times, that injury to Gerald McRath looks like a big one right now. Look for Zach Brown's number of reps to increase exponentially as the season goes on. 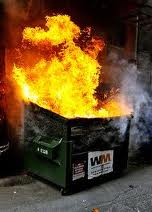 McCourty and Verner quietly make up one of the better young corner tandems in the league. Keep those percentages up, boys. Still, I can't help but feel as though Cortland Finnegan is going to be sorely missed. I know, I know, "he's not worth top corner money", but I'm just saying, McCourty as a number two a'int a bad option to have. Especially when it keeps Ryan Mouton off the field. I could've sworn he was cut last year. I guess that's kind of the point of these exercises in the first place.

In any case, that's week one by snap count. Throw out any thoughts you have below. Would you guys like to see this kind of thing every week?