Michael Griffin Makes the Had a Bad Day Team

Share All sharing options for: Michael Griffin Makes the Had a Bad Day Team

Pro Football Focus compiles their "Had a Bady Day Team" every week during the NFL season. They go position by position and highlight the player who got the worst grade at that position on the day. To no one's surprise, Michael Griffin made the team at the safety position. Here is what PFF had to say about Griff's day:

....Titans’ Griffin, who put up a performance so bad it has to be seen to be believed. Missing four tackles is never good, but that he gave up a touchdown really didn’t help matters.

And you want to be my franchise player.... 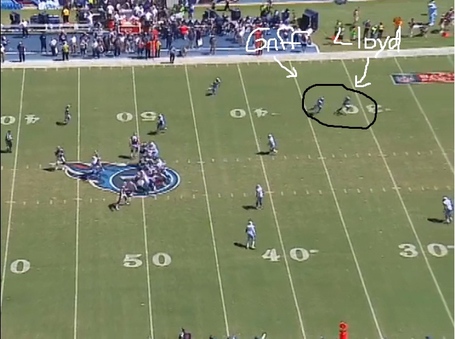 What is truly amazing is that he had a -6.6 by PFF metrics and the play pictured above isn't even counted because Brandon Lloyd dropped the pass. It is just short of a miracle that this play wasn't completed when you see just how far behind Griffin Lloyd is. That play is a TD with Tom Brady and Brandon Lloyd 99 times out of 100.