With the 41st pick of the 2012 Music City Miracles Mock Draft, the Buffalo Bills (represented by alijeal) select: 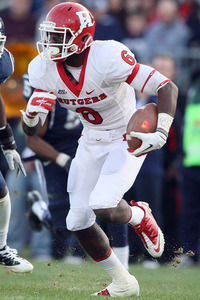 With the addition of Mario Williams in free agency the Bills probably won't got DE in the first round like I did and will likely address their LT or WR needs. I had hoped that Mike Adams would fall to me in the second round however Mohamed Sanu is an upgrade at WR for them. Despite a poor showing at the combine he had vastly improved stats at his pro day running a 40 in between 4.41-4.45 and showing strong route running and good hands. He and Steve Johnson will be a scary partnership for opposing corners for years to come.

Now on the clock: LockerTime and the Miami Dolphins