With the 36th pick of the 2012 Music City Miracles Mock Draft, the Tampa Bay Buccaneers (represented by Big Tuna) select: 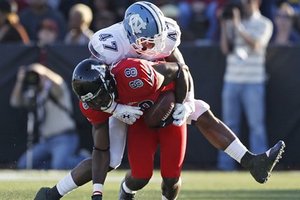 After acquiring the best running back prospect to come out of college since Bo Jackson in the first round, the Buccaneers have to shift their focus to defense. They, like the Titans, need help at every level of the defense. So with this pick they will be taking the best defensive player that is left on the board. In this case that guy is noles's boy Zach Brown.

Brown is not a big-hitting linebacker, but he will excel in coverage. He is really fast and will be able to make plays from sideline to sideline. That is crucial for a 4-3 outside linebacker in today's NFL.

Now on the clock: ronburgundy7427 and the Cleveland Browns