Locker's Rookie Lessons: The Throwing Motion Starts from the Ground Up

Share All sharing options for: Locker's Rookie Lessons: The Throwing Motion Starts from the Ground Up

One of the better throws Locker made all year came on his second series against the New Orleans Saints. The Titans lined up in an offset I formation with pre-snap motion from the tight end, Stevens, from right to left. 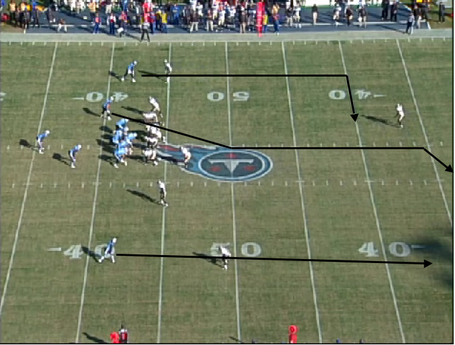 The above picture outlines the route structure run by the primary receivers. The play is off a run fake to Chris Johnson, which it appears Locker and Johnson miscommunicate (CJ goes left, Locker fakes right). For this post, I'm not going to get into the defensive alignment, routes, etc. What interests me in this play is Locker's footwork. Even at the lowest levels, every QB coach will tell you that the throwing motion starts with your feet. Without a good foundation from the ground up, throws will be erratic. 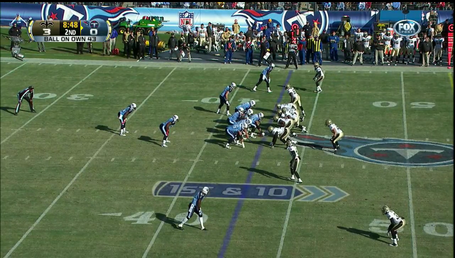 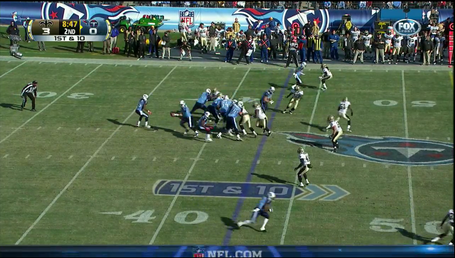 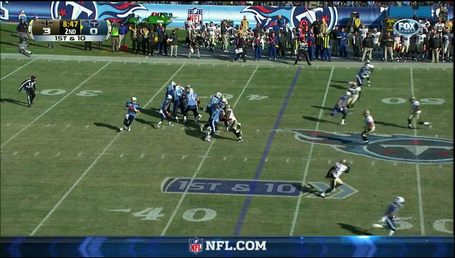 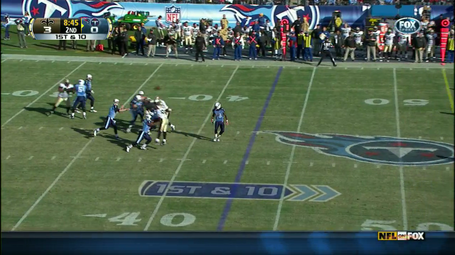 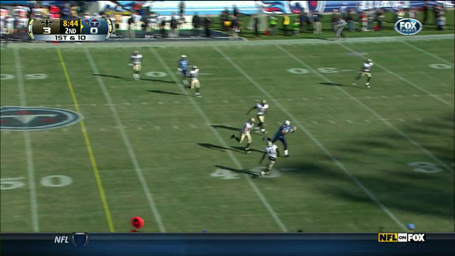 The above sequence shows the play from the broadcast. I post this not for analysis, but more of a reference and refresher on the play. 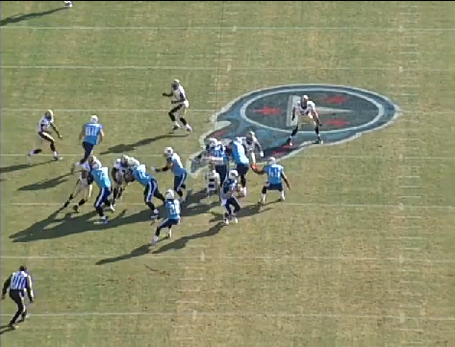 This view is what has me interested. Locker is into his drop. It's a 5 step drop with an action fake. Because the action is miscommunicated between Locker and CJ (I actually think Locker is at fault here based on the way the line blocks, but there's no way to know for sure), Locker doesn't get the benefit of the pause you'd like to see from the linebackers.

I digress, though. As Locker drops, his eyes are focused to the right. 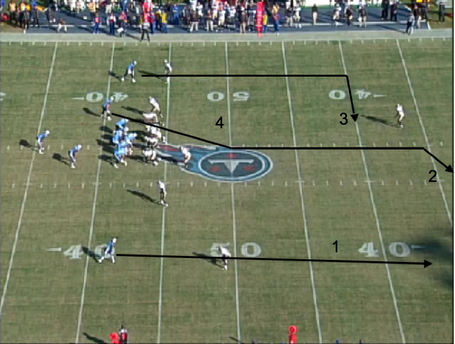 Back to the photo of the play, this time with progressions. A lot of the time when dealing with progressions, they'll start from one side of the field and progress to the other side. In this case, the first look starts to Hawkins on the right, then Stevens on the deep post, and then to DWill on the dig. If these don't work, it's outlet to CJ at 4 (his route isn't represented here), or scramble.

When dealing with these progressions, they are often timed with the footwork. Here, Locker is meant to get into his 5 step drop, and identify whether Hawkins is open. If he is open, then Locker will hitch (which is a quick step forward) and cut it loose, or just plant the foot and throw without a hitch. The important thing here is that when Locker gets to the top of his drop he needs to be oriented towards Hawkins. At the top of the drop, he'll want his back toe pointing to 4:30. By making that part of the drop, it ensures that the base of the throw will be in line. 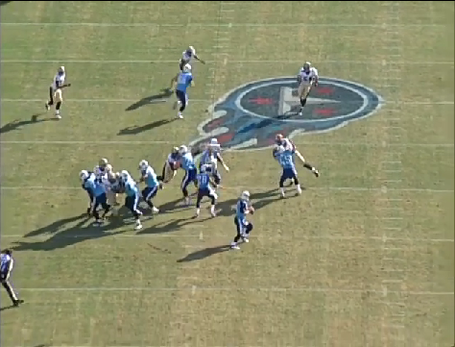 Check out Locker's back foot. 4:30. He's still focused on Hawkins, and, at this point, is eliminating him as an option. 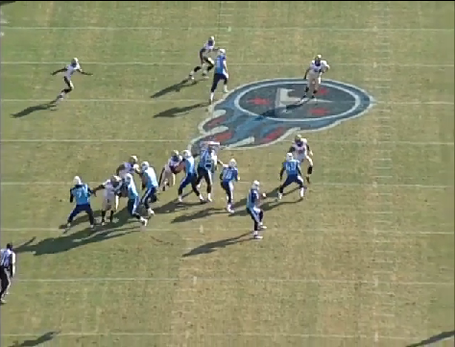 Locker hitches forward and resets. Look at the back foot now. It's pointing to 3:00, which squares him to the middle of the field. Again, he can cut it loose if Stevens is open, which is the ideal scenario. Given the option, you'd prefer not to take another hitch step here. But, Locker has a clean pocket here, and needs a little extra time so that Stevens can get behind the linebackers. Also note, however, that Locker is cocked and ready. If Stevens is open at this point, the base is set for him to get into his throwing motion. 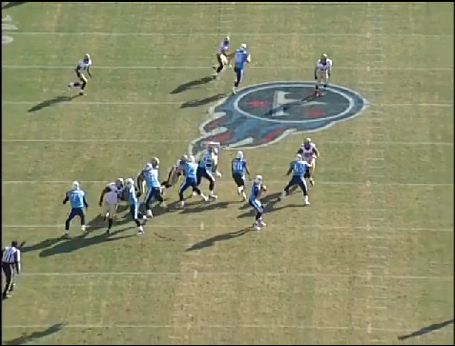 Locker takes the extra hitch. You can see that he's now locked into Stevens, and he's coiled up; ready to throw. 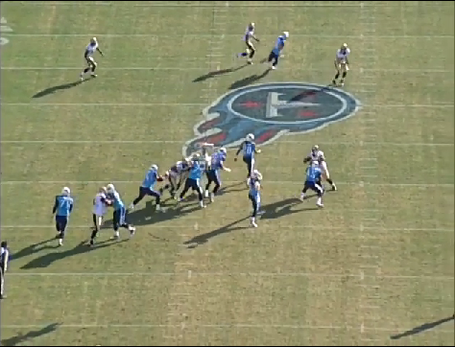 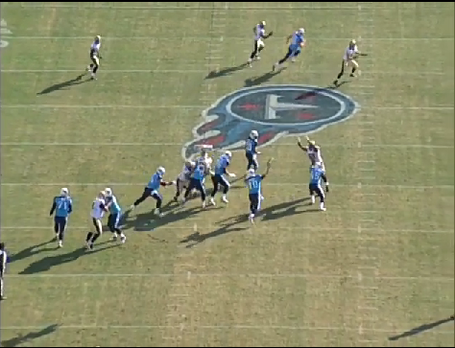 The feet are set beautifully and everything else falls in line. Amazing throw that all started with a solid foundation. If he can manage to keep footwork this consistent throughout his career, he'll make things a lot easier on himself. A lot is made of Locker's accuracy. Yet, when the pocket is clean and he's got the footwork dialed in, he's as accurate as anyone in the NFL, probably better than most on intermediate to deep throws.