I am going to being doing a few more of these film studies, so if you would like me to do a specific one, please do not hesitate to suggest it. I will read all suggestions.

We will start this series off in style with MCM's favorite linebacker, Colin McCarthy and his hit on Buffalo Bills quarterback Ryan Fitzpatrick. Follow me through the jump for pictures and analysis. 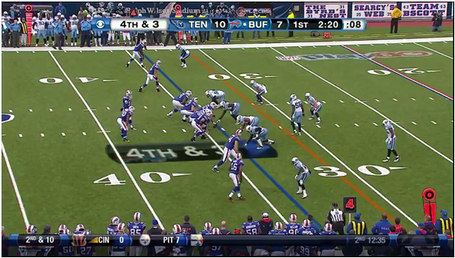 The Bills start with 4 wide and 1 in the backfield. On the other side of the ball we have ATV and McCourty on the outside, with Finnegan playing in the slot. Griffin is playing center field as he is not even in the picture to prevent the big play. McCarthy is standing at the 29 yard line. 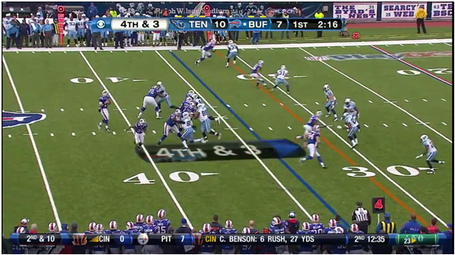 The ball has been snapped and McCarthy has not moved at all, he is letting the play develop and waiting for someone to cut across field. Notice Fitzpatrick standing tall in the pocket. 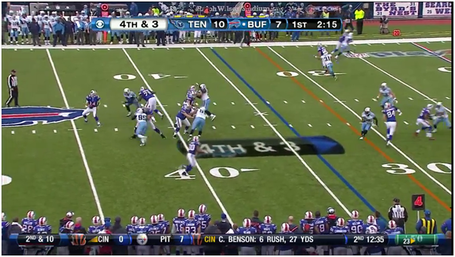 I would first like to point out how quickly the pass protection broke down. Look at the previous photo, the clock says 2:16 and Fitzpatrick has all day to throw it. Within the next second, you can see how quickly things went bad as he begins to run for his life. McCarthy does a nice job of picking up Scott Chandler cutting across field. 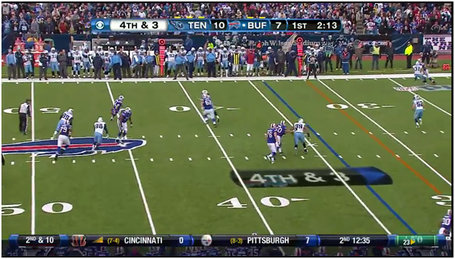 With Fitzpatrick still scrambling, McCarthy has to stay back still covering Chandler. 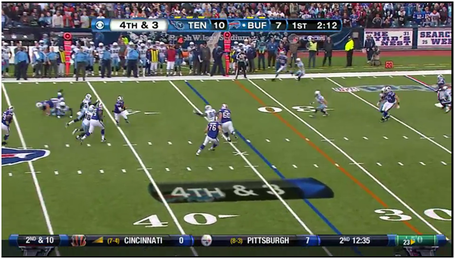 At this point, McCarthy recognizes that Fitzpatrick is trying to pick up the first down on his own and takes off for him. 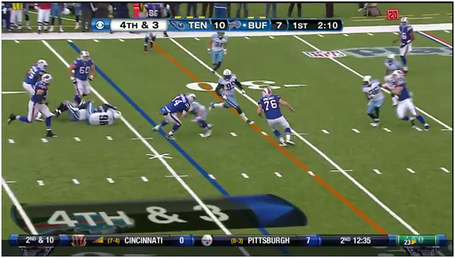 In this photo, we can see the hit McCarthy put on Fitzpatrick, thus stopping him from completing the first down. 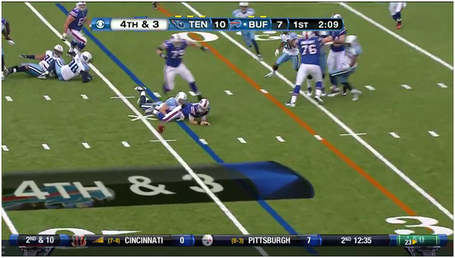 But wait, there's more! Fitzpatrick fumbled the ball when he was hit, and McCarthy can see the ball is loose. 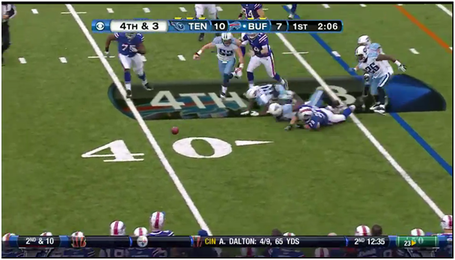 Several Titans defenders missed the fumble recovery, but Colin was in pursuit of it. 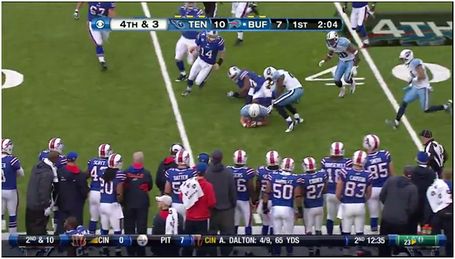 He recovers it 15 yards down field.

This sequence shows McCarthy's ability to stay back in coverage, but he knows exactly when he needs to take off for the quarterback. Very impressive to see from a rookie linebacker.

Like I said before, suggest any plays you want me to look at.