With the 49th pick of the 2012 Music City Miracles Mock Draft, the San Diego Chargers (represented by Tuna and gmoney) select: 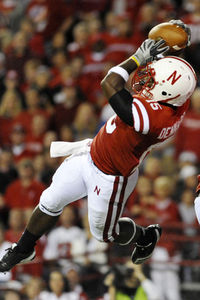 Tuna and gmoney teamed up:

The Dancin' Charger Defense was HORRENDOUS last year. They addressed the line by taking Brockers in round 1, but the defensive backfield needs help, and Dennard will be able to step in and improve that unit from day 1.

We considered running back, but Mathews was really not that bad last year. We also considered receiver, but there was just not the value there that matches Dennard.

Now on the clock: Titans_Firefighter (who is gonna break our streak of people blowing off the MCM Mock Draft) and the Chicago Bears