With the 45th pick of the 2012 Music City Miracles Mock Draft, the Dallas Cowboys (represented by nolesbroncos2456) select: 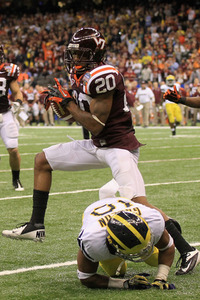 The Cowboys need some depth behind recent free agent signing, CB Brandon Carr (who got a megabucks deal worth 100K more than Finny). Their secondary has been atrocious for the past few years so this was a need pick. Hosley can fit in as the much needed 3rd corner behind #2 Mike Jenkins. He can return kicks as well so that helps prevent stud WR Dez Bryant from getting injured so often. I also considered taking a S with this pick.