With the 29th pick of the 2012 Music City Miracles Mock Draft, the Baltimore Ratbirds (represented by danomite) select: 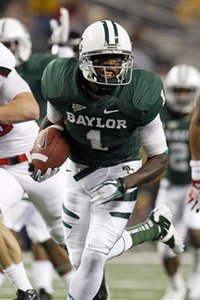 Ah the ratbirds. I am in a interesting predicament with these guys. I hate them, but I also have a fellow whom I work with who is an nuts for the flying rodents. Most of my work hours are spent arguing with "my friend" about this team.

That being said, with all the arguing I have also gained quite a bit of knowledge about them (besides the fact that they think flacco, rice, and Lewis are god) The ravens rank 19th or so in the league for passing, honestly they really only have 3 passing play.

This defense has lost some pieces this year but they will be top 10 again and I really wanted to take Vontaze here before he fell out of everyones good graces. The real problem is this, we all saw lee Evans in the championship game, he's god awful, thus has been let go. Kendall wright should be a great compliment to their receiving corp. Now it's time for the fo man chu to prove he can get it done with a beast running game/defense and 3 competent receivers. Personally, I hope he fails....

Now on the clock: J3G77 and the San Francisco 49ers