A Bit of Perspective of the Titans Latest Loss

It gets real philosophical when your teams 4-9

Share All sharing options for: A Bit of Perspective of the Titans Latest Loss

It really says something about a team where at the end of a game, a fan is left with nothing but laughter. I laughed. I let out a laugh that scared my cat, woke up my girlfriend and sent me flying off the couch. That was probably the most Titan of a loss I've seen this year.

One of the biggest question marks on this team is Jake Locker. He has all of the intangibles everyone wants in a leader. He's vocal, he's smart and he is coachable. But Jakes problem is that at this point in his career, he's still an extremely shaky quarterback. When the guy is on, he is on. But Jake still has not provided me with that winning sensation we all used to get back in the McNair days. Hell, I even got pretty excited when Vince got the ball late in games. With Locker, things just don't seem to fall in place. He is making terrible decisions as of late and is still struggling with reading defenses. Don't get me wrong, Jake Locker is a lot better than this, but he needs to string some wins with better performances to prove so. Because intangibles only take you so far. Isn't that right Tebow?

In other news, the Titans are 4-9. So there's that. In a effort to lift you guys spirits, think about this. The more losses the better this franchise will be. Just about every season since 2008 has ended with a strong run to lifts the team spirits for the future. Mediocre moves are made as the team seems to just fly by, seemingly ok with maintaining the status quo. But this year we are spiraling into one of our worst seasons in a long time. This may lead to a better outcome. No doubt about it, heads will roll. The strong possibility of Munchak being let go opens the door for the franchise to do something i have been waiting for for years. Bring in outside help. A new coach brings a new staff and a new staff could bring a change in the way this team operates. We need a face, an identity. We need a new look. The Titans have long tried to hold onto their past. But a culture change is what will be necessary to put this team on the winning track.

Before Pratt rips me for not sounding like a fan, just think about this. We all want whats best for the franchise. Winning games does nothing but close the door on change. Not saying this team should be quitting, but as fans, lets put things in perspective. This will ultimately lead to success down the road. Unless the team wants to remedy all their problems and just hire SuperHorn as both the Offensive and Defensive coordinator. But we like him here, and Bud probably couldn't handle another set of horns anyway. To sum up my point here. Losses are sad, but they are also beneficial. So I welcome this latest loss with open arms. 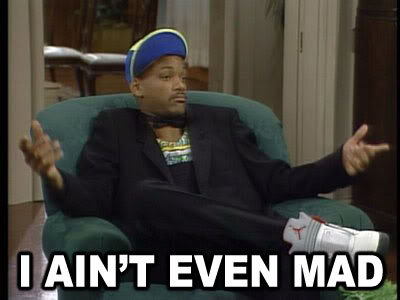