Why Can't the Titans Line Up Correctly On Offense?

There is nothing more infuriating than an illegal formation penalty. The Titans got two of those on Sunday ON CONSECUTIVE PLAYS!!!!1

Share All sharing options for: Why Can't the Titans Line Up Correctly On Offense?

The Titans had two of those penalties yesterday (pictured below), and they were on consecutive plays. Both times the penalty was called because they covered the tight end. The first time it was Kendall Wright who was the far outside receiver who was "covering" Jared Cook. The second time it was Chris Johnson guilty of the same thing. 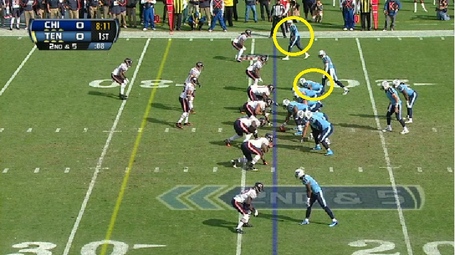 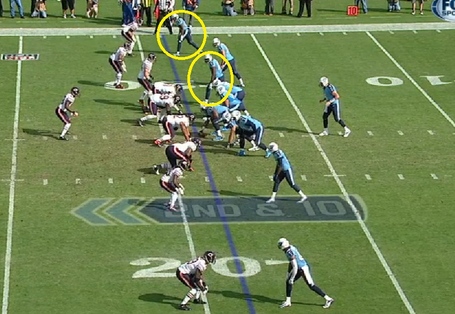 "It hurt the team a lot," he said. "But what I did at practice all week, I thought I was on the ball. I screwed it up. It’s my fault all the way."

So Wright ends that by saying it is his fault all the way, but if it is true that he was lining up like that all week and no one said anything to him, then it is on the coaches.

This brings me to a larger point about Chris Palmer. It is clear at this point that the current personnel cannot understand his offense. Maybe the players aren't as football smart as he wants them to be, but it is on him to make the adjustment. These are not the days where you stick to what you do and demand the players learn it. If the entire offense is breaking down because the correct reads cannot be made it is time to simplify the reads.

For whatever reason Palmer appears to refuse to change anything, and that is exactly why he should not be back with this team next season. His offense and coaching style are outdated.