Titans vs Dolphins: The Diamond Formation

The Titans ran a handful of plays out of the Diamond formation on Sunday, and, for the most part, had success.

Share All sharing options for: Titans vs Dolphins: The Diamond Formation

A handful of times in the Titans Dolphins game, Tennessee lined up in a Diamond formation. This formation puts some combination of CJ + 2 TEs or 1 FB/1TE. In the example we'll breakdown below, the Titans bring Quinn Johnson on the backside of the play, while Craig Stevens is the playside blocker. 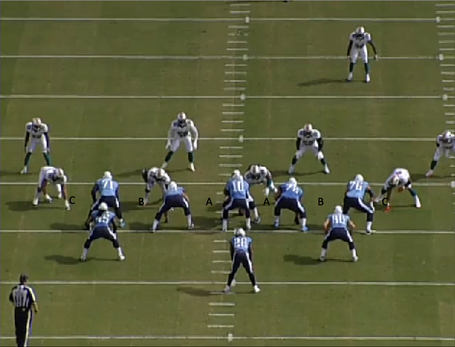 Above, you can see the gaps that must be accounted for. This is no problem for the defense as they've got 8 men in the box, and all gaps are taken care of. What's interesting about this formation is that two new gaps are essentially going to be created, even though they aren't declared pre snap.

Think of it this way. If there were another lineman on the LOS (a TE for example) you'd be adding another gap ("D" in this example). That gap must be accounted for by the defense. Well, when these blockers line up in the backfield, the defense knows those gaps will be presented, but they don't exactly know where yet. Against 8 man fronts, this isn't as big of a point as it is against 7 man looks. 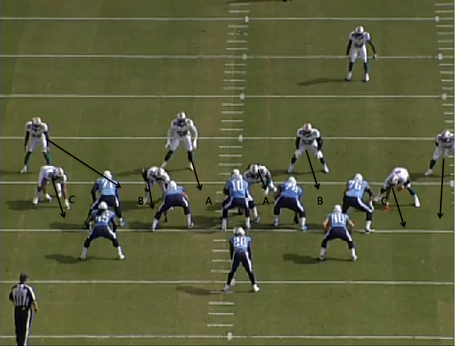 Above shows how the defense fills these gaps. 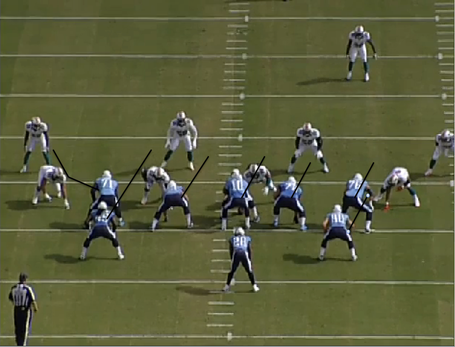 Titans are going to zone block. This is just a basic outside zone run. Ball will be handed off and CJ will target the David Stewart's right hip when he receives the ball. In the most basic sense, from a blocking perspective, everyone is going to block the player to their right. So, Hutchinson is immediately going to get to the second level on his block with QJ coming in to fill behind him. The backside DE (or EMLOS) does not get blocked (this is by design). 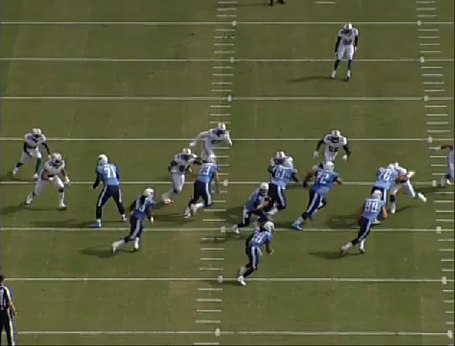 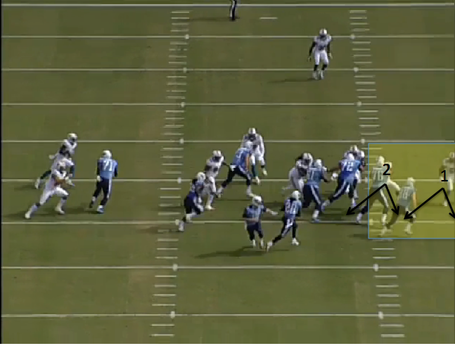 OK, so we all are familiar with CJ talking about "makin' his reads". This is what he's referring to. I can't know for sure, because some teams read the 5 tech edge defender, but a good amount of the time the first read is the playside EMLOS (end man on the line of scrimmage). He's looking to read leverage. So, if that defender plays inside, CJ bounces outside. If he plays outside, CJ moves to his next read (#2 here). If that defender plays inside, CJ takes the alley. If he doesn't, CJ cuts it back. In reality, this set of decision trees continues until the RB finds the crease. What the coach wants to see is the RB identify the crease, plant and go. 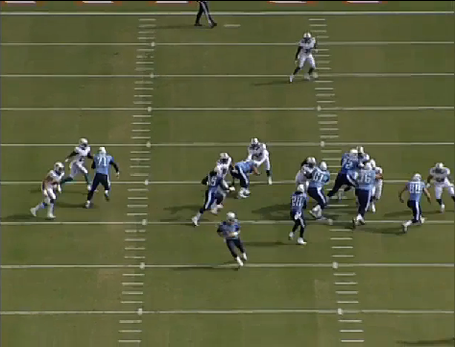 In the most basic sense, you can just see here that the entire playside has been over pursued. CJ is forced to cut it back. 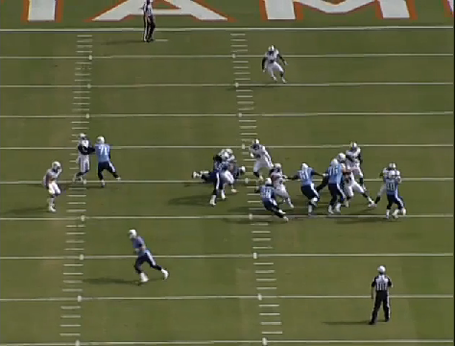 CJ cuts it back and there's green in front of him. Jake fakes the bootleg to the backside, which gives the backside defender (who's keeping contain on the play) just a brief second of pause. It's just a flinch, but that brief moment provides the crease CJ needs to break this play open. 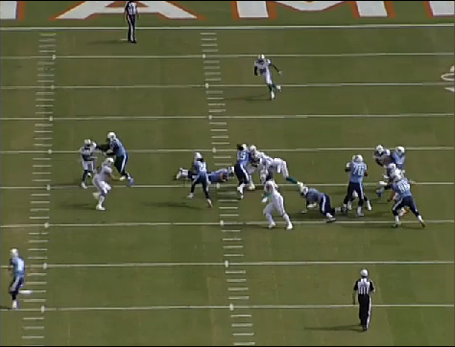 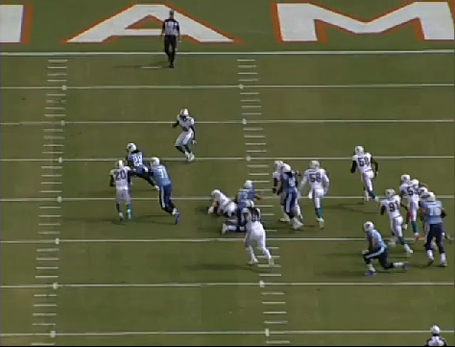 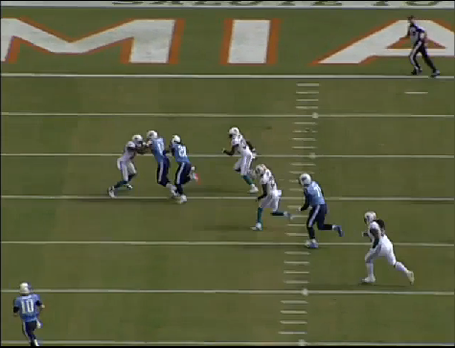 I like this formation and hope to see more of it moving forward. What I'd really like to see is this look out of the pistol, but that's probably asking for a little much. For now, this is a creative step in the right direction that opens up a whole other set of plays in the passing game as this look will generally give a defense a reason to load the box.