Titans vs. Texans: Breaking Down the Penalties

A look at each of the penalties the Titans committed against the Texans.

Share All sharing options for: Titans vs. Texans: Breaking Down the Penalties

I said last year that I was going to breakdown the Titans penalties in each game this year- so I figure week four is a good time to start. The Titans were called for 8 penalties in this game. The Texans accepted 7 of them for 73 yards.

The Titans first penalty of the day came when Tommie Campbell was called for an illegal block in the first quarter. Campbell leads the world in trick plays for touchdowns and stupid penalties. 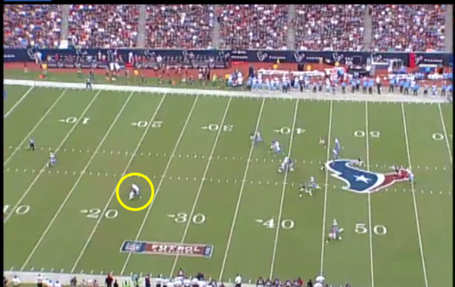 The second penalty was an illegal formation on the Titans that was declined because Kendall Wright dropped a pass on third down.

The third penalty was also on Campbell for an illegal block, but there wasn't a good picture of it.

The fourth penalty was offensive pass interference on Jared Cook. I think even the replacement officials would have gotten this one. 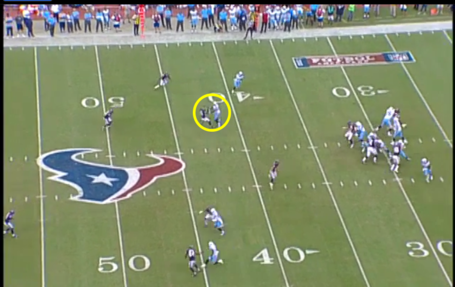 The fifth penalty was defensive holding on Akeem Ayers- another easy call. 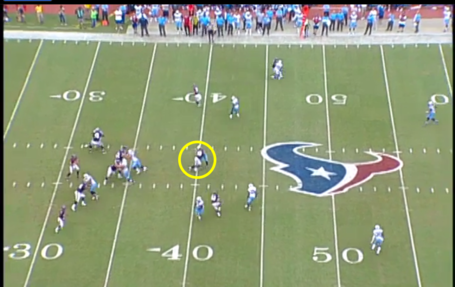 The sixth penalty was the beginning of the David Stewart meltdown. He was called for holding on this one. 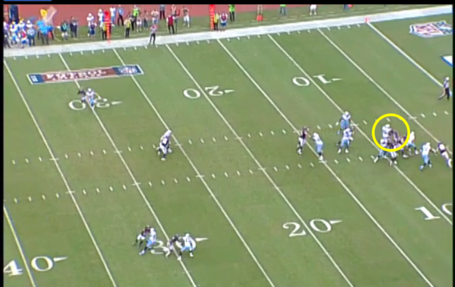 The seventh penalty was the hold on Taylor Thompson that brought back Darius Reynaud's 28 yard punt return. This was where the wheels started to fall off. 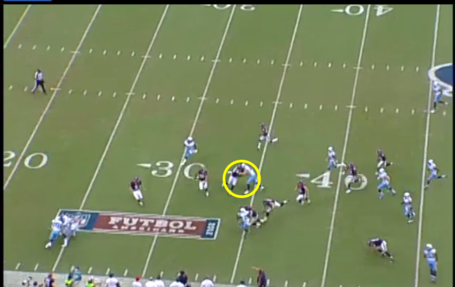 The eighth was the personal foul on Stewart where he ripped off Brooks Conrad's helmet. 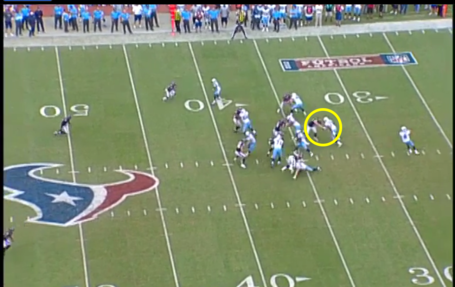