Titans vs. Bills Film Review: On the Money When It Matters

With the game on the line, Hasselbeck and Nate delivered when it mattered the most.

Share All sharing options for: Titans vs. Bills Film Review: On the Money When It Matters

Easily the biggest play of the game. The Titans came out of a timeout with the game on the line. Down 6 with 1:08 to go, Tennessee needed either a first down or a touchdown to keep the game alive. Old Man Palmer dialed up what's become a staple in this offense: verticals.

Titans break the huddle in "11" personnel. Britt is isolated at the X to the weak side of the play. Cook, Nate, and Wright are in trips to the right. 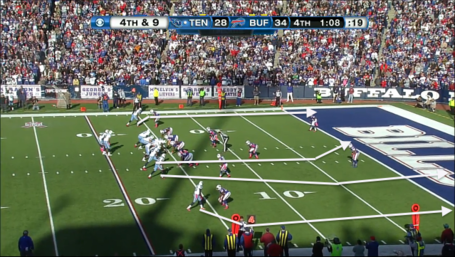 The Bills are in their Nickel package. They play a basic Cover 2 - Man Under. They will bring pressure with 4 linemen. 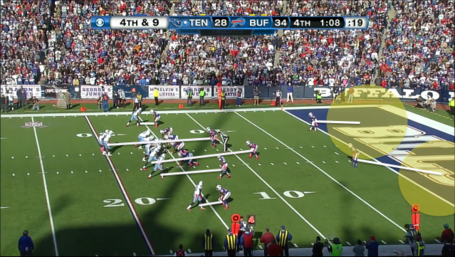 Ball is snapped. From the snap, his intentions are clear. He's working the overloaded side of the field. Note that spacing is crucial on this play. You want a good vertical and horizontal stretch to put pressure on the defense. Post snap, both outside receivers widen. Nate works the playside seam, while Cook's route threatens the backside seam. First thing Hass does is identify the playside safety's leverage. 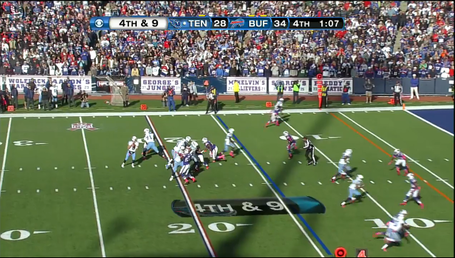 The safety has two receivers threatening his zone, and is forced to declare his intentions. Hasselbeck is watching the safety the whole way. As soon as he inches toward Cook, Hass cuts the ball loose. 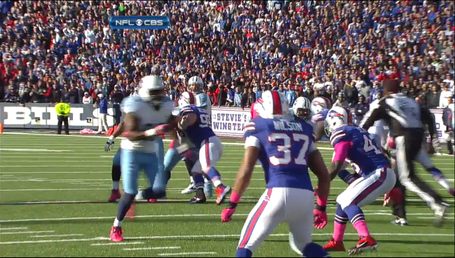 The shot below makes the bind clearer. Spacing of the receivers is excellent, and sufficiently far enough apart that the safety must commit to either Cook or Washington. He leans to Cook, and Hasselbeck delivers the ball. Also worth noting, Washington hasn't won his route yet. When Hasselbeck throws this, he's throwing to an area, and relying on his playmaker to go and get it. Last thing to notice from this frame, perfect pass protection. 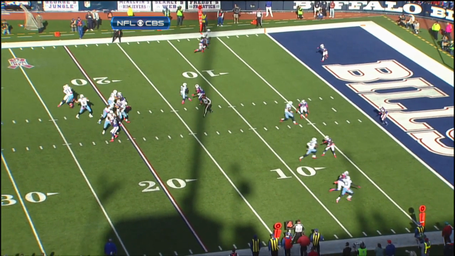 Nate wins the route and locates the ball. 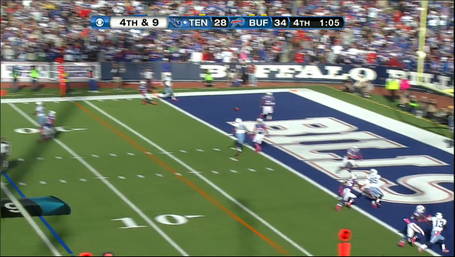 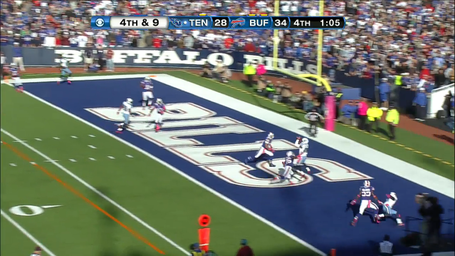 Great execution all around by all 11 men on the field, especially considering the context of the situation.