With the 40th pick of the 2011 Music City Miracles Mock Draft, the Dallas Cowboys (represented by TitanFan2K duslin?) select:

Well, I have no idea. See if you can make it out:

I think it's this guy: 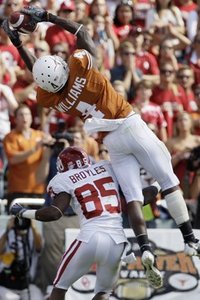 But I am not real sure.

Now on the clock: redskinsmarc and the Washington Redskins