With the 35th pick of the 2011 Music City Miracles Mock Draft, the Cincinnati Bengals (represented by me) select: 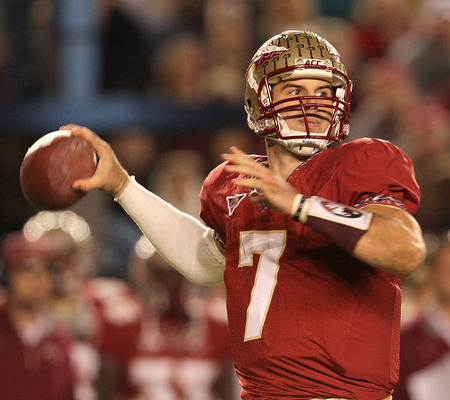 Carson Palmer has already told the Bengals to trade him or he is going to retire.  Sure there is still time for the two sides to make nice, but Palmer's camp seems pretty entrenched where they are (there are even reports that his wife wants him to retire).  That is why Ponder makes sense here.  Ponder had a really good game in the Senior Bowl, and if teams are satisfied that all of his injuries are healed, there is a chance he good go even higher than this.

Now on the clock: trevor and the Denver Broncos.