Random Thoughts on a Tuesday Morning

Share All sharing options for: Random Thoughts on a Tuesday Morning 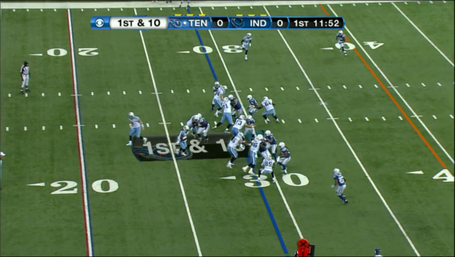 Here CJ is "readin' his reads". I'll give MCM one guess where his read takes him. 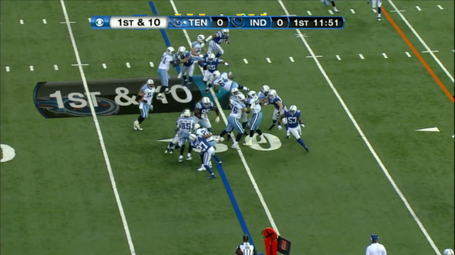 This happened more times than I'd prefer to count on Sunday. The Titans call a zone run and CJ inevitably stretches the play out. You want the big play CJ? Look at the middle of the field in that first screen shot. If you can navigate that first set of defenders, this has potential to be an explosive play. Instead, the play is predictably strung out for no gain.