Titans-Saints Film Session - Never Give Up on Your Route

Share All sharing options for: Titans-Saints Film Session - Never Give Up on Your Route

This play has already been discussed at length. I thought it would be worthwhile to really sink our teeth into it. It's the final play of our game against the Saints. 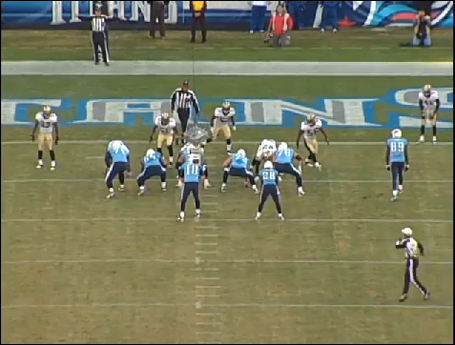 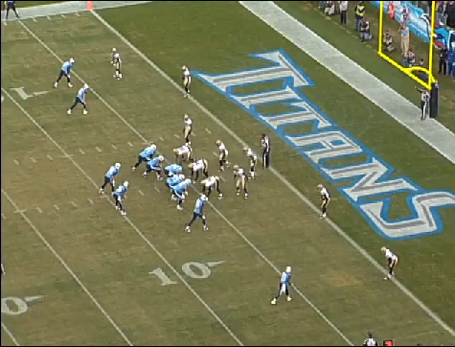 The Situation: Down 5, the Titans have just thrown an incompletion on a slant to Mariani over the middle (catch with your hands Marc!). This sets up a 3rd down with :05 on the clock and one final play.

Pre-Snap: Titans are in "11" personnel like the have been during the plays leading up to this one. Nate is out following his heroic catch three plays earlier. From left to right the receivers are Williams, Mariani, Cook, and Hawkins. Locker's in the shotgun with CJ to his right.

The Saints aren't really showing their hand here. Best guess would be that they'd show zone from this look, but a Cover-0 blitz isn't out of the question either. 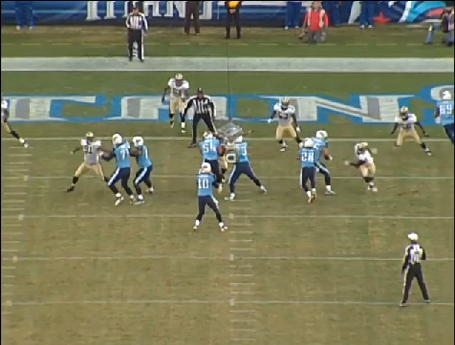 As discussed in this thread, basically both of the receivers to the left (first Williams, then Mariani) get taken to the ground. Notice that the Saints only bring 3 rushers, daring Locker and our receivers to beat them through the air. Despite this, Stewart's man beats him badly off the line of scrimmage (right side of screen). 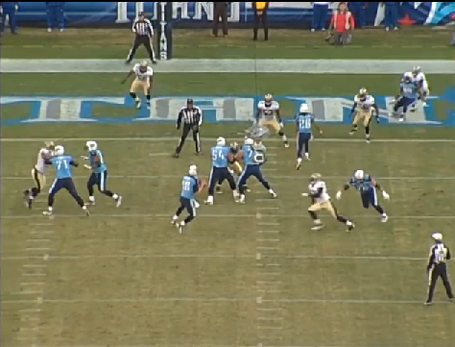 With both options to the left are eliminated from the play, Locker wisely, and calmly, begins his progression. His poise is impressive as a defensive end is now headed full speed in his direction. 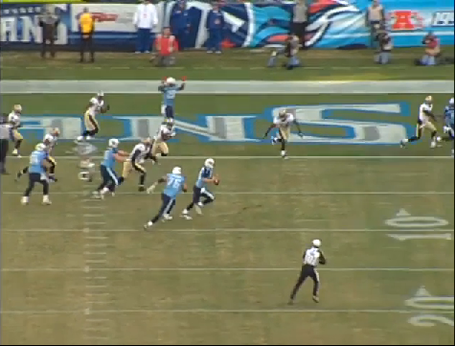 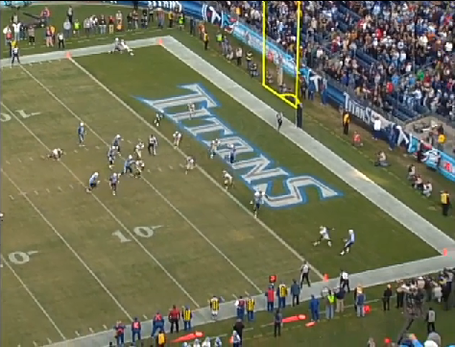 This transition doesn't do the play justice, but the effortless way in which Locker evades the defender is fun to watch.

With the defender safely behind him, Locker now shifts his eyes down field. The first look is to Cook, though that window has closed. Hawkins isn't open either. However, look at Johnson. His hands are up to alert the QB that he's open. And, for a second (in this shot actually), he could potentially be open. At the very least, he's the best available option. 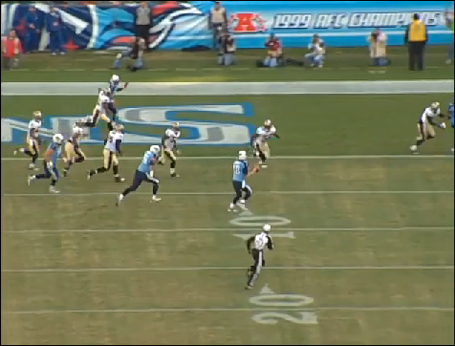 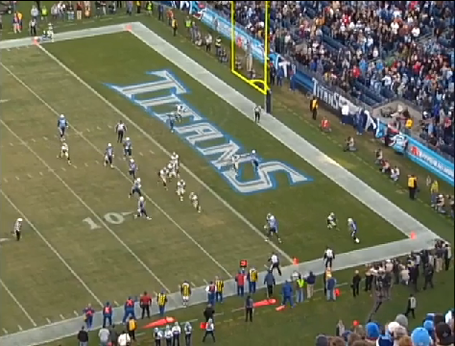 This is where I get somewhat frustrated. It's easier to see live, but CJ slows down in his route. You'll actually notice at the end of this play that he cuts back and runs backwards, as if Locker throwing against his body would be a better option. At this point , it's a scramble play. CJ has to know to keep running that route towards the right side of the endzone. Instead, he's firmly settled in behind the linebacker. Notice also that Locker is zeroed in on Johnson. If he keeps running this route, I'm certain Locker lets this one loose. 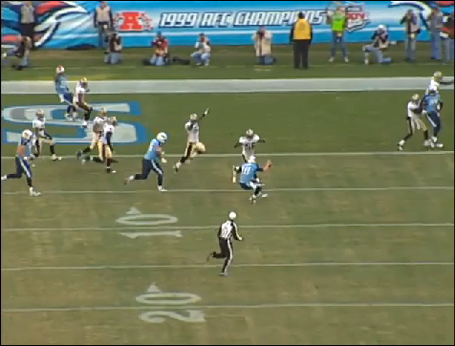 With no available options, Locker tries to buy time by cutting back. 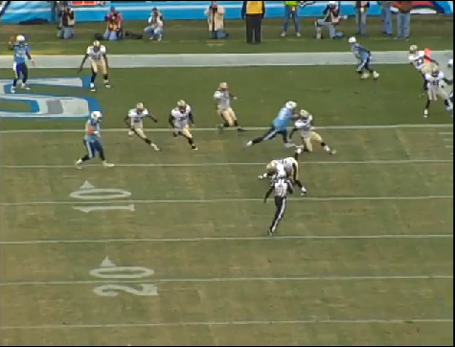 Locker is tackled right as Hawkins breaks free. Too little, too late.

It's a hard play to stomach. You'd like to see the ball come out and at least get an opportunity to see a play made. Even with this analysis showing the lack of options, it doesn't change the fact that Locker needs to get the ball out to someone. I think if Johnson keeps running his route then this ends up as a W for Tennessee. Nonetheless, things don't always go as planned during the chaos when a play breaks down.