We all know how this works. I'll save you the fluff. Onward through the link for the pictures. 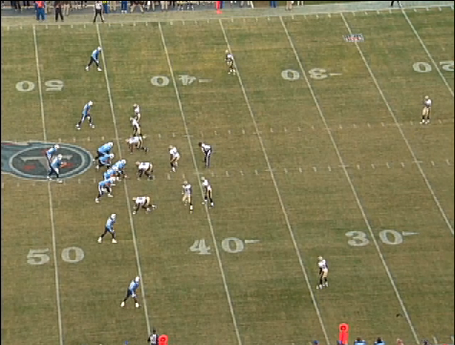 Situation: Titans are in the no-huddle. :27 are on the clock following a curious run call up the middle. They scramble to get into position. Titans are down 5. 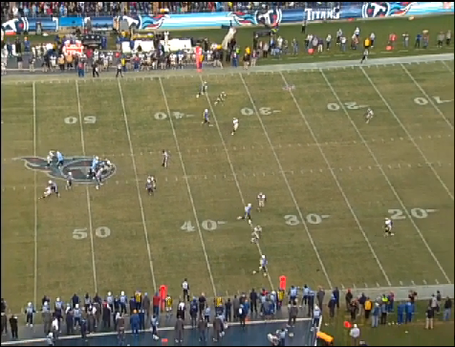 Couple of things to note here defensively. The defender, a linebacker. who appeared to be moving to cover Nate is actually responsible for Hawkins. He's still working to get in position in this shot. Washington is covered by one of the other linebackers. So both of our receivers in the right side of the formation are not being defended by defensive backs. Also, note that the defender who appeared to be covering Hawkins has now dropped into a safety position.

Effectively, when the dust settled, the Saints appear to be running a man under cover 2 look. It's important to note this because all this happens on the move and Jake does his job in identifying this.

At this point in the route, Jake knows Nate's going to run a skinny post. That is, once he gets adequate depth behind his defender, he's going to take only a slight angle to he can get inside the safety, yet not so far that the opposing safety can make a play. 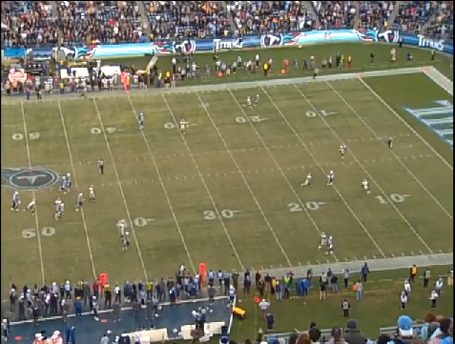 Now it's all about execution. Jake just drops this one in the bucket. Beautiful throw. 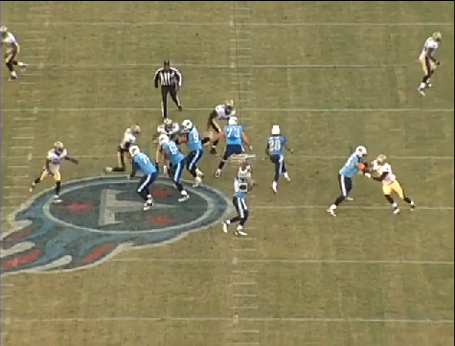 And, now from another angle. Check out the pocket. Our Oline did an excellent job of provide a clean area for Jake to work as the Saints brought 5 rushers. 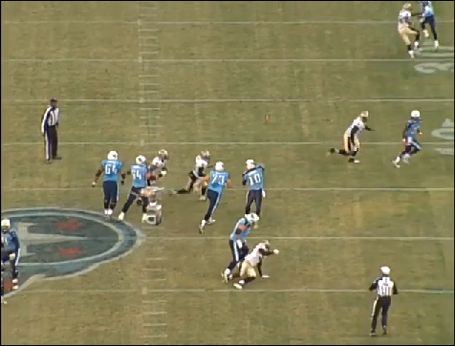 This shot doesn't do it justice, but Locker is fluid in the pocket and does an excellent job of sliding away from the pressure. Note that he's slightly off balance here, and still delivers the ball with accuracy. 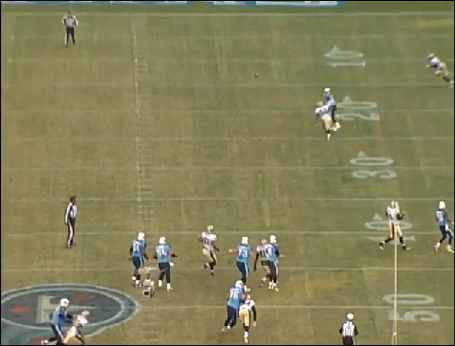 This gives a better perspective of the skinny post route. Notice that there's more depth than a traditional post route. At this point the safety is reacting to the ball. 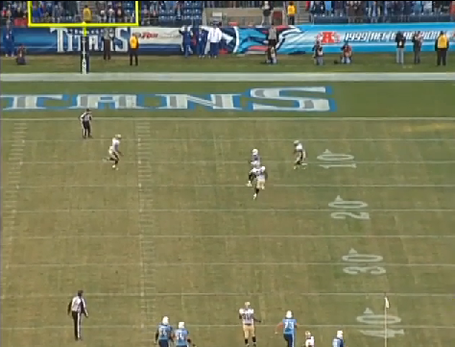 The throw is dropped in perfectly.

Critics will love to look at this throw and dismiss that it's simply a throw he's supposed to make. In a sense, that's true, I guess. Considering the context, though, I find it impressive. He's in the no huddle, commanding the offense, down by five, less than 30 seconds left, defense is bringing 5 rushers, forcing movement in the pocket, and he still delivers a strike. How many rookies that didn't get starters reps during the week do you think look this poised in this situation? This is a pressure cooker of a scenario and this kid was nails. Nitpick all you want, but Locker has a bright future if he can keep his head down and keep learning.

Really, there were other plays that were probably more relevant from a schematic standpoint. But, as a fan, this throw had me speechless in the moment. For all the issues we've had this year, it's nice to have something to gush about once in a while. Hopefully, there's more of that to come from Locker.