Tennessee Titans Daily Links: Hentrich Has Pain In His Neck, His Back, His... Never Mind Edition

Share All sharing options for: Tennessee Titans Daily Links: Hentrich Has Pain In His Neck, His Back, His... Never Mind Edition

Jimmy and I discussed some scenarios that would lead to us winning the division on Tuesday's MCM Radio, and now Paul K has the full gamut of possible paths to the playoffs. They're both going to take better play from the Titans and several breaks that, while realistic, are beyond our immediate sphere of influence.

Eugene Amano and David Stewart didn't practice yesterday, but both are expected to practice today.

Derrick Morgan has completely fallen off the map this season, and it turns out that he's been struggling with more lingering injuries than we were aware of. After missing almost all of last season to an ACL injury, and tweaking that same injury in training camp, Morgan has been slowed by a hurt ankle since the Falcons game. It's a good sign that he's tough enough to stay out there and try his bet, but Morgan has been wholly ineffective since a few nice games early in the season.

Somehow the Titans have managed to be the most stable and drama-free team in the AFC South, and they're hoping that will help us going down the home stretch.

CJ2K has lowered his personal goals a lot this year, but he's still talking team first.

Greg Gabriel at NFP reviews the performance of some of our rookies in last week's game, including Colin McCarthy, Akeem Ayers, Jurrell Casey and Tommie Campbell.

Terry McCormick also has a nice piece on our outstanding young linebackers.

We do 4th down right.

Marc Mariani visited a Nashville-area middle school from in my childhood stomping grounds as part of the NFL's Play 60 campaign.

Former Titans punter Craig Hentrich has filed a worker's comp lawsuit against the team to get help for neck, back, knee and shoulder injuries he sustained during his career.

Not sure if you're buying how crazy this offseason is going to be, but just take a look at some of the higher-profile free agents who aren't signed for 2012:

Jason Cole details why the Jaguars are stuck in Jacksonville until 2027 thanks to the lease on their stadium... you know, the stadium with 1/3 of the seats tarped off.

We need a caption for this classic Kerry Collins pic (my entry is below): 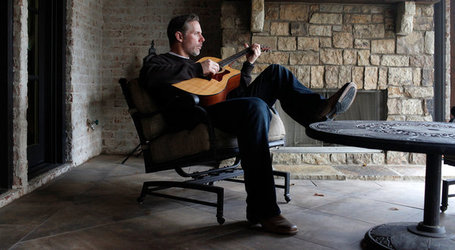 Tried to strum his six-string. Went 0-6.