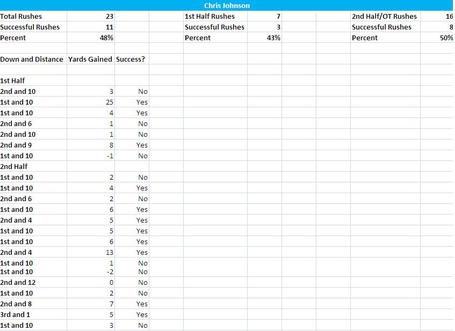 This was by far CJ's most successful game of the season, and after going back and looking at it this way, he actually had a really good game. I know we are still waiting for the 80 yard touchdown run, but if he can turn in games where his success rate is 48% the Titans are going to be successful as a team.