The first play we'll dig into this week is the big run by CJ to begin the game. There were reasons to be frustrated by CJ this past game (largely overstated, IMO), but this gave us a flash of the running back who's been the highlight of this team the last few years. Moreover, just one small play like this gives me a little hope for our broken running game. Given, it's only one play, but it was effective and simple. An important distinction, as the counters, play actions, etc. aren't nearly as effective if you can't get the basics right. The Titans run a simple zone play here, yet it's executed well enough that it results in a huge play. 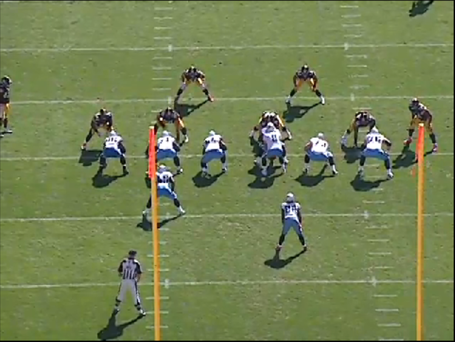 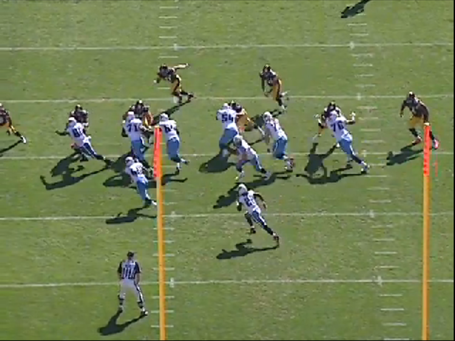 Ball is snapped and it's clear the Titans are running a zone play. We'll later see that it's an inside zone run.

With that said, let's get a little refresher on zone running. I mentioned the guys that are covered as that's a major pre-snap distinction for zone runs. The premise is simple, yet incredibly effective if run correctly (think pick n' roll in basketball). All linemen initially step playside. If you're covered, block the guy in front of you. If you're not, double team the guy to the playside. Once double teamed, one guy peels off and blocks the guys on the second level (LBs/Safeties). 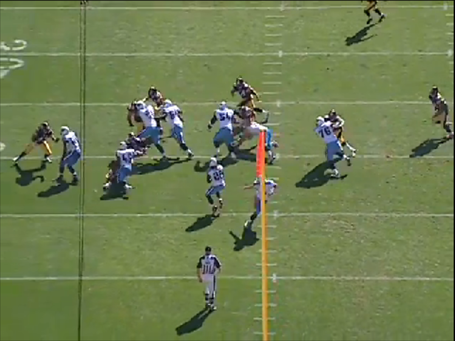 CJ now has the ball as Hall is engaging the penetrating OLB. Harris and Amano are now in the process of getting to the second level. 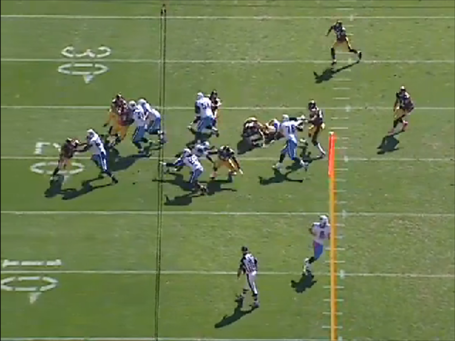 This picture doesn't represent the block well, but Hall does a good job of keeping his defender inside CJ. This allows Johnson to dance around the defender and continue moving forward. You can already see the hole developing nicely in front of CJ. 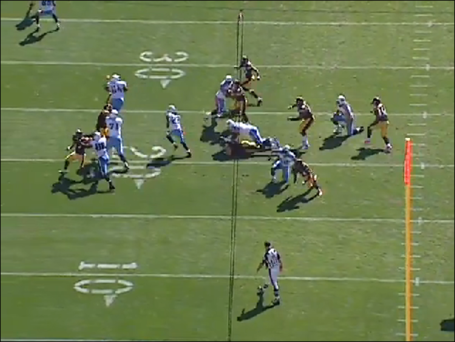 CJ's entering the hole. Harris is dominating his defender. Amano is still sealing the inside. For reference, both of them are still blocking the same defenders as those identified in the frame above. All CJ has left to do is make the safety miss. 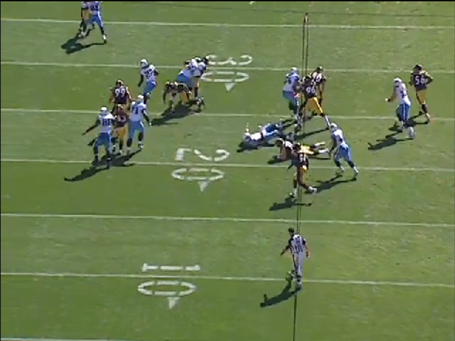 CJ fakes inside and cuts outside. He literally brings the defender to his knees. And, check out Nate going to work on the corner down field. 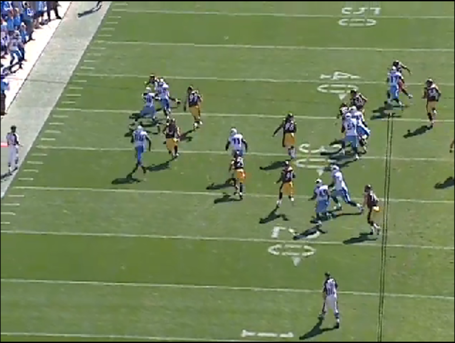 CJ continues up field and is finally brought down at the 41 yard line.

Great play by all involved. The exciting thing here is that they were more physical than the opponent on this particular play. That certainly wasn't the case the entire game, but it's at least encouraging to see that it's possible. It's also good to see Johnson running with purpose. Not only with speed, but also making defenders miss along the way.