Share All sharing options for: Chris Johnson Success Rate Against the Pittsburgh Steelers

Before you click through the jump to see the numbers, I want you to guess what his success percentage was in the game. 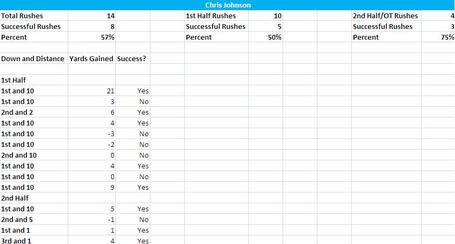 57% is actually a really good number. In fact, that would be just about good enough to lead the league if he was able to do it over the course of a season.

This is obviously just one measure of success, but by this one, CJ had a nice day.