With the eighth pick of the 2011 Music City Miracles Mock Draft, your Tennessee Titans (represented by natidawg) select: 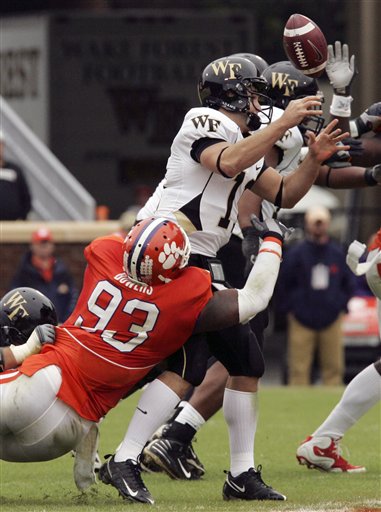 When in doubt: BPA. And now that Jeff Fisher is officially off the boat I'm stockpiling as much sure fire talent as I can for this new coach. Bowers was not even truly on my radar until Cleveland passed on him at #6 (picking my top choice in the process). For a guy who is projected by some as a dark house #1 pick, and by most as a top 5 pick, it's amazing that he fell this far. I'm already chomping at the bit for the day when Morgan and Bowers become the most feared edge rushers in the NFL.

While Morgan is a pretty rounded guy, Bowers is mostly a bull-rusher with average speed, but the ability to blow past any tackle in his way, and even has the strength to take on double teams on the outside.  He is also great against run, which seems to be rare in rookie ends. Dan over at Mocking the Draft has a great analysis of him, and compares him to Michael Strahan because of his bull rush, one swim technique. (Check it here)

Last but not least, I am a HUGE proponent of the belief that if your defensive line is spectacular, everyone behind will gain the residual benefits of the disruption that they cause. Collapse the pocket quicker, and your secondary and linebacking corps have their jobs made that much easier. You win the battle in the trenches, and you win the game.

While I’m here, I’d like to say that I barely even considered looking at a quarterback with this pick (sorry Winnipeg). I defer to our own NJD28 for the explanation, "We don’t HAVE to take [a QB] this year. There’ s always next year and there’s no sense in taking a QB that you don’t undoubtedly believe will be your franchise QB now or in a couple of years because that is just wasting a pick. When drafting a QB early there should be absolutely without a doubt in your mind that this [player] is the face of our franchise." Word to your mother.

Now on the clock: TitanFan2K and the Dallas Cowboys